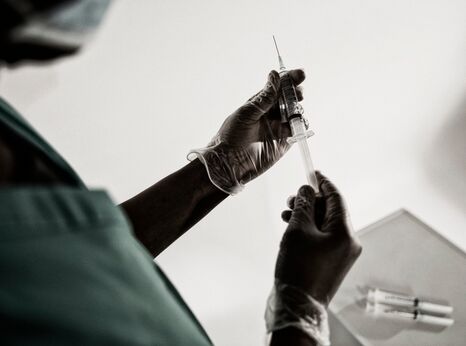 Please note that we do not have an email address for this Urgent Action. If you wish to take action online, you can fill in this form.

Ernest Lee Johnson was convicted and sentenced to death in 1995 for the 1994 murders of Mary Bratcher, age 46; Fred Jones, age 58, and Mabel Scruggs, age 57, in a convenience store in Columbia, Missouri, where the three worked.

In 1998, the Missouri Supreme Court ordered a new sentencing due to the lawyer’s failure to present the testimony of a psychiatrist who had examined Ernest Johnson. The Court said it was “left with the definite and firm impression” that his testimony “would have altered the jurors' deliberations” and may have resulted in a vote for life imprisonment.

In 2002, the US Supreme Court ruled in Atkins v. Virginia that the execution of people with intellectual disability contravened a national consensus and was unconstitutional. The Atkins ruling pointed to clinical definitions of “mental retardation” as a disability, manifested before the age of 18, characterized by significantly sub-average intellectual functioning, and with limitations in two or more adaptive skill areas. It left it to states to develop “appropriate ways to enforce the constitutional restriction”, resulting in a degree of inconsistent application across the country. At his third resentencing hearing in 2006 following Atkins, the judge instructed the jurors that if they unanimously found “by a preponderance of the evidence” that Ernest Johnson had an intellectual disability, then they would have to return a verdict for life imprisonment without parole. The defence objected to this instruction, arguing that it should have been the prosecution’s burden to prove Ernest Johnson did not have an intellectual disability. In addition to the evidence of his intellectual disability, Ernest Johnson has been diagnosed with Fetal Alcohol Syndrome, the most serious condition on the group of conditions known as Fetal Alcohol Spectrum Disorders (FASDs). According to Ernest Johnson’s lawyers, his mother abused alcohol and drugs from around the age of 10, and by the time she was pregnant with Ernest at the age of 18 she was reported to be drinking large quantities of gin and whisky, as well as taking sedatives. Ernest Johnson's half-brother was diagnosed with an intellectual disability and his mother likely had one as well. In their June 2021 briefing, the defence team highlighted studies that found an increased risk of diagnosis due to a close familial history of intellectual disability.

Around 2008, it was discovered that Ernest Johnson had a meningioma brain tumour. He underwent surgery on 28 August 2008 to remove part of the tumour (it could not be removed in its entirety). Since the surgery, Ernest Johnson has suffered from seizures and has been prescribed anti-seizure medication. Prior to his 2015 scheduled execution, his lawyer filed a complaint in federal court seeking an injunction against the execution, arguing that his lethal injection could cause him to have violent seizures which would render his execution unconstitutional. In an affidavit signed on 22 October 2015, filed with the complaint, an expert in anaesthesiology and surgery stated that “…a substantial risk of serious harm will occur during his execution as a result of a violent seizure that may be induced by Pentobarbital injection. Generalized seizures, such as the one that would occur in Mr Johnson, are severely painful. Pentobarbital is a drug in the barbiturate class… Pharmacologically, barbiturates like Pentobarbital are known to actually exaggerate pain. That is, they make pain worse… I am of the medical opinion that Mr Johnson faces a significant risk for a serious seizure as the direct result of the combination of the Missouri lethal injection protocol and Mr Johnson’s permanent and disabling neurologic disease”. The US Supreme Court halted his 2015 execution to allow the appeals around this issue to continue. In April 2020, the US Court of Appeals for the Eighth Circuit rejected his appeal for an alternate method of execution, nitrogen-induced hypoxia, after the US Supreme Court rejected a similar claim from Missouri when it found that nitrogen was not tried or tested. The Eighth Circuit noted Ernest Johnson had established a risk of pain,

His execution was scheduled for 5 October 2021. On 21 June 2021, Ernest Lee Johnson sought relief from the Missouri Supreme Court on the basis that he never received a reliable determination on his intellectual disability; that jury instructions during his resentencing unconstitutionally required that all jurors believe his intellectual disability – one juror could overrule the other eleven; and that the lethal injection protocols may cause extreme pain due to his seizures. On 31 August, the Missouri Supreme Court denied his request.

Amnesty International opposes the sentence in all circumstances as a violation of the right to life and the ultimate cruel, inhuman and degrading punishment.