Charges against activist must be dropped

The trial against Yana Antonova, a human rights defender from Krasnodar, southern Russia, started on 7 November. She has been targeted for her peaceful activism and charged under the “undesirable organisations” legislation. If convicted she will face up to six years in prison. 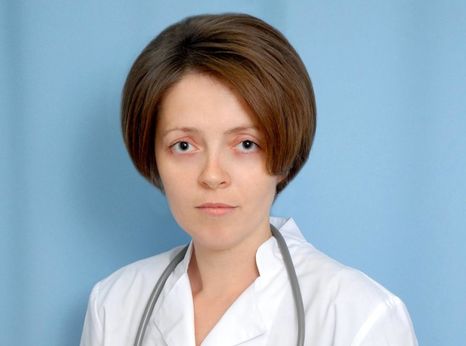 The trial against Yana Antonova, a human rights defender from Krasnodar, southern Russia, started on 7 November. She has been targeted for her peaceful activism and charged under the “undesirable organisations” legislation. If convicted she will face up to six years in prison.

Who is Yana Antonova?

Yana Antonova is a paediatrician and a human rights defender from Krasnodar, southern Russia, who formerly served as the local coordinator for Open Russia in her area. On 18 January 2019 police filed a case against her for posting a video about the shortage of schools in the region. The video had Open Russia’s logo, which became the grounds for her being accused of “participation in the activities of an undesirable organisation”.

In April 2017 the UK-based Open Russia and Open Russia Civic Movement, and the US-based Institute of Modern Russia, were declared “undesirable” by the Prosecutor General’s Office. This led to a widescale crackdown on activists involved with the unregistered Russia-based Open Russia movement.

Only one hearing has taken place so far, during which witnesses to the search of Yana’s flat gave their statements. Other hearings have been postponed due to the non-attendance of the prosecution’s main “witness” – a man with a criminal record. People with criminal records are often vulnerable to police pressure. The “witness” is expected to testify that Yana allegedly tried to recruit him to join the Open Russia movement.

While Yana is not currently under arrest, the investigation against her has been concluded. Her trial began on 7 November, and her next hearing is scheduled for 18 February. Yana’s lawyer believes the trial will be over in March. A new Prosecutor General has been appointed since the beginning of her trial.

Impact of the “undesirable organisations” law

The law, adopted in May 2015, is part of the Russian authorities’ ongoing crackdown on freedom of association and expression. This decision effectively outlaws any activities done by, or in cooperative with, an “undesirable” organisation in Russia. This new law has been used arbitrarily to banish a number of foreign organisations from Russia, most of them being civil society groups.

In January 2019, the first-ever criminal case under the “undesirable organisations” law was opened against another person associated with the Open Russia movement, Anastasia Shevchenko. The investigation against Anastasia is still ongoing, but she remains under house arrest in the meantime. Anastasia is a prisoner of conscience prosecuted solely for attempting to exercise her rights to freedom of expression and association.

By law, in the first instance, involvement with an “undesirable organisation” is an administrative offence. When “committed” for the second time, it becomes a criminal offence punishable by up to six years of imprisonment.

We do not have a valid email for the Prosecutor, so the only possible option is to send letters by post. Please do send copies to the Russian Embassy in your country.