On 29 December Mikhail Iosilevich’s trial started in the city of Nizhnii Novgorod, central Russia. He is arbitrarily accused of cooperation with an “undesirable” organisation, threatening a “witness” in the case and failing to inform the authorities of his second citizenship. He is being targeted for peacefully exercising his rights to freedom of expression and association. Charges against him must be dropped and he must be able to continue his peaceful activism without fear of persecution. 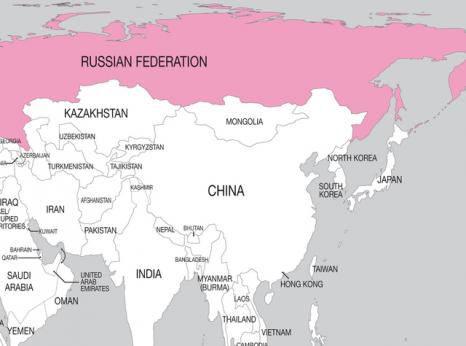 On 29 December Mikhail Iosilevich’s trial started in the city of Nizhnii Novgorod, central Russia. He is arbitrarily accused of cooperation with an “undesirable” organisation, threatening a “witness” in the case and failing to inform the authorities of his second citizenship. He is being targeted for peacefully exercising his rights to freedom of expression and association. Charges against him must be dropped and he must be able to continue his peaceful activism without fear of persecution.

The “undesirable organizations” law was adopted in May 2015 introducing amendments to several Russian laws as part of the Russian authorities’ ongoing crackdown on freedom of association and expression (see here). The authorities can arbitrarily designate any foreign non-governmental organization “undesirable” on the grounds that it poses a threat to the country’s “constitutional order, defence potential or state security”. An “undesirable” organization must immediately stop all activities in Russia and any cooperation or association with it becomes an offense. Until recently, a person could be prosecuted for cooperation with an “undesirable” organisation under Article 284.1 of the Criminal Code following two penalties within a year’s period under Article 20.33 of the Code of Administrative Offences. In June and July 2021, President Putin signed laws introducing further grounds of administrative and criminal prosecution and harsher punishments for cooperation with “undesirable” organisations. Under the amended laws, the criminal prosecution could follow after a single administrative penalty. While the maximum sentence for “participation” in the activities of an “undesirable” organization has been reduced to four years’ imprisonment, the maximum sentence for “organization” of those activities remains six years. The law has been used arbitrarily to ban in Russia a number of foreign organisations, mostly those providing funding and other support for civil society. Currently, the “undesirable organizations” register includes 49 organizations with 18 of them added in 2021.

On 26 April 2017, the Prosecutor General’s Office declared “undesirable” the UK- registered organizations Otkrytaya Rossia and Open Russia Civic Movement (both founded by exiled critic of President Vladimir Putin, Mikhail Khodorkovsky). Their Russia-based namesake, Otkrytaya Rossia (Open Russia) movement, was neither a registered “organization”, nor a foreign one. Nonetheless, activists who are associated with Otkrytaya Rossia are regarded by the Russian authorities as members of a banned foreign organisation and face prosecution. Dozens of activists have been fined for their activities under the Code of Administrative Offences. Three people have so far been convicted for alleged cooperation with an “undesirable” organization. In February 2020, a court in Yekaterinburg (the Urals) sentenced Otkrytaya Rossia’s ex-coordinator Maksim Vernikov to 300 hours of community service. In October 2020, a court in Krasnodar (southern Russia) sentenced another former Otkrytaya Rossia coordinator and activist, Yana Antonova, to 240 hours of community service. Finally, on 18 February 2021, a court in Rostov-on-Don (southern Russia) sentenced Anastasia Shevchenko - also a former coordinator of Otkrytaya Rossia and the first person to face criminal prosecution under this law - to four-years suspended imprisonment and four years on probation. To prevent further prosecutions of their activists, the Otkrytaya Rossia movement declared its dissolution in May 2021 (see here). Nevertheless, just days after this announcement its former leader Andrey Pivovarov was arrested and accused of “carrying out activities of an undesirable organization” (Article 284.1 of the Russian Criminal Code).

Mikhail Iosilevich is a civil society and political activist and the local leader of Pastafarians (or followers of the Church of the Flying Spaghetti Monster). He supported and organized a number of local events, including an anti-corruption rally, a “Monstration” (a march under absurd slogans in protest against restrictions of freedom of expression) and other events. He was fined twice in July 2019 and June 2020 under Article 20.33 of the Russian Code of Administrative Offences (“Carrying out activities of an undesirable organization”) for providing the premises of his café (which also houses the local Pastafarian church) for an event organized by civic initiative Free People which was attended by opposition activists, including from Otrkytaya Rossia. The criminal case against Mikhail Iosilevich was initiated on 29 September 2020. The investigation alleges that between 2 and 9 September 2020 Mikhail Iosilevich provided his café to an opposition group associated with Otkrytaya Rossia, for the training of election monitors. On 1 October, law enforcement officials conducted searches in Mikhail Iosilevich’s flat, his café and homes of five other Nizhnii Novgorod activists, including prominent independent journalist and editor of online media Koza Press, Irina Slavina. The day after the search, Irina Slavina committed suicide by self-immolation in front of the local Ministry of Interior. She had left a message on her Facebook page saying; “Russian Federation is to blame for my death”. For months, the authorities had targeted her with prosecution and fines.

In January 2021, a second criminal case was initiated against Mikhail Iosilevich for his alleged failure to report his second (Israeli) citizenship to the Russian authorities. The activist maintains that he had duly informed the authorities as prescribed by law. On 30 January 2021, the Nizhnii Novgorod Moscow District Court ruled that he must be detained on remand in connection with alleged threats to a witness in a case. The activist was released from pretrial detention on 17 August. In April 2021, the investigation opened a third criminal case against the activist under Article 119 (2) of the Criminal Code in relation to the threats despite experts’ reports confirming that the voice in the recording was not that of Mikhail Iosilevich.