Marwan freed after being imprisoned in Tunisia – for being gay 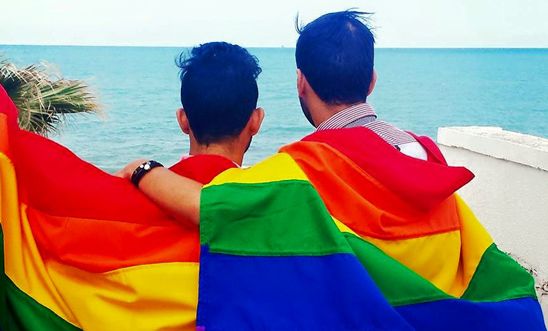 ‘Marwan’ is just 22 years old, and has a criminal record – because he ‘confessed’ to being gay. In 2015, Marwan served a prison sentence after he was found guilty of the ‘crime’ of sodomy.

‘Marwan’ is not his real name – it is too dangerous for this young man to be identified, so he’s been referred to in the media and in our work by this pseudonym.

In Tunisia, where Marwan lives, he and countless others not only face social discrimination, alienation and persecution for their sexuality, they also face punishment under the law.

On 6 September 2015, Marwan was brought into a police station in Sousse, a city in eastern Tunisia, for questioning after police found his number on the phone of a man who had been murdered. Marwan was questioned about his relationship with the man – and whether it was a sexual one.

Marwan confessed to having had sex with the man, and denied any involvement with the murder. He was charged with ‘sodomy’, a crime according to Article 230 of Tunisia’s Penal Code.

Marwan could have objected to this gross invasion of his privacy, but according to his lawyer he didn’t know this. Add to that the intimidation he’d been subjected to under interrogation and the fact that there were police outside the examination room, Marwan obliged to the humiliating and intrusive procedure.

We believe that there is absolutely no scientific grounds on which such examinations could either prove or disprove sexual relations, plus they constitute a form of torture or other ill-treatment when carried out against the person’s will.

Imprisoned for being gay

On 22 September, just over a fortnight after he was arrested, the Court of First Instance in Sousse ruled that Marwan was guilty under Article 230 of the Penal Code. The Court sentenced him to a year in prison.

Bailed to sit his exams - then freed

Marwan’s lawyer appealed the court’s decision to imprison him. At his first appeal hearing on 5 November, Marwan was released on bail after paying 500 Dinar (around £170), so that he could sit his university exams.

At an appeal session on 17 December, the court reduced Marwan’s sentence to two months in prison and a 3,000 Dinar fine (around £1,020). Given that he had already served over two months in detention, Marwan was freed immediately on 17 December. But he still holds a criminal record.

The campaign for Marwan’s freedom

On 28 September 2015, Tunisia’s Minister of Justice took the ground-breaking move to acknowledge that Article 230 violates personal freedoms and choices. This includes in the realm of sexuality, and the right to private life, which are guaranteed under the new Constitution adopted by the country in January 2014. He said that Article 230 should be repealed and encouraged civil society to work towards that end.

Meanwhile, Marwan’s case caused outrage internationally. Amnesty supporters around the world called for his release – including 16,979 people from the UK who emailed the Tunisian authorities through our website. Thank you.

While Marwan still has a criminal record, his early release on appeal could in part be due to pressure within Tunisia and around the world.

We are campaigning for Tunisia to quash the convictions of Marwan and others convicted of ‘sodomy’ under Article 230. We’re also calling on Tunisian authorities to abolish the discriminatory and rights-denying law altogether. Until this happens, people who don’t seem to fit into specified sexual and gender norms will continue to be imprisoned and punished simply for being who they are.