We welcome North Korean activist Ji-hyun Park and Kenny Latunde-Dada (Amnesty UK Country Coordinator for North Korea) to find out about life in the country and the human rights violations at present.

Responding to the news that three U.S. citizens – Kim Dong-chul, Kim Hak-song, and Kim Sang-duk – have been recently released by North Korea after spending months behind bars without a fair trial, Francisco Bencosme, advocacy manager for Asia Pacific at Amnesty International USA, said: “While we welcome the release of three individuals, we remain concerned over the fate of up to 120,000 North Koreans who remain confined in political prison camps. “No one should languish behind bars without being given a fair trial. President Trump and his administration must urge North Korea to respect freedom

North Korea: Is change really around the corner?

At a time when the notoriously secretive state may be open to dialogue and senior officials are willing to talk about big issues such as nuclear weapons, could there be a permanent shift for North Korea? 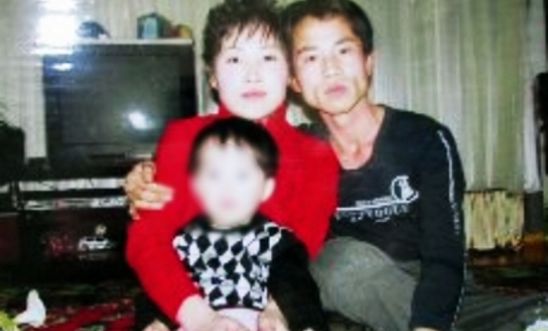 Koo Jeong-hwa with her husband and son © Amnesty International

Four year-old son suffering frostbite on hands and feet, was originally held with her Koo Jeong-hwa was expected to get life in one of North Korea’s notoriously secretive and brutal prison camps ‘This is a very rare opportunity to enjoy some good news from North Korea’ – Arnold Fang The unexpected release of a North Korean woman widely expected to be sentenced to life in a political prison camp, offers a rare glimpse of hope that the authorities in the repressive state may be loosening their iron grip on the population, Amnesty International said today. Koo Jeong-hwa, who was detained after

Koo Jeong-hwa’s family reports that she is no longer at risk of being sent to a political prison camp with her son.

Koo Jeong-hwa (previously identified as Lee Su-jung in China) has been detained since 3 December 2017 in North Korea.

A woman who was identified as Lee Su-jung in China and her son were forcibly returned to North Korea.

Urgent Action: Mother and child in China at risk of forcible return to North Korea

Lee Su-jung and her son are currently in detention in China and are at risk of forcible return to North Korea.

No official information has been made available regarding eight North Koreans that have been detained in China.