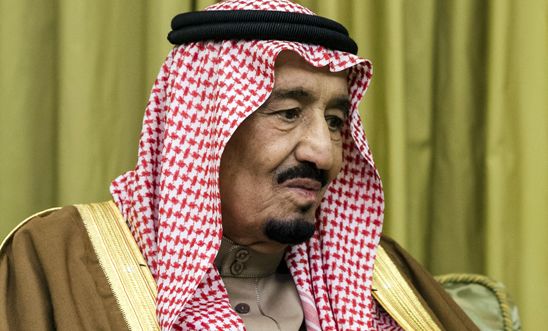 Saudi Arabia was appointed to the UN Human Rights Council in November 2013, for a three-year term. We are calling for the UN to suspend the country from the Council immediately. Here’s why:

All the prominent and independent human rights activists in Saudi Arabia have been imprisoned, threatened into silence or have fled the country since Saudi Arabia was appointed to the Human Rights Council.

Many activists have been sentenced to years in prison under a 2014 counter-terror law that is being misused to silence those who speak out. Among the many human rights activists imprisoned are blogger Raif Badawi and his lawyer Waleed Abu al-Khair.

Since it was elected to the Human Rights Council, Saudi Arabia has carried out a horrendous execution spree.

Authorities have killed at least 350 people through frequent use of the death penalty. This includes the mass execution of 47 people in a single day this January, including Shi’a cleric Sheikh Nimr al-Nimr.

Sheikh Nimr’s nephew Ali al-Nimr is currently on death row, after he was arrested following his participation in protests and sentenced to death for offences committed as a teenager. The court appears to have based its decision on a 'confession' Ali said he gave under torture and other ill-treatment.

The country has led a military coalition carrying out a devastating air bombardment campaign in Yemen.

More than 3,500 civilians have been killed and 6,200 injured in the war in Yemen. Most of them were killed in coalition airstrikes, which have struck civilian infrastructure including health facilities, schools, factories, power facilities, bridges and roads.

We have found that such strikes have often been disproportionate or indiscriminate and in some instances they appear to have directly targeted civilians or civilian objects. Such attacks could amount to war crimes.

How do they get away with it?

Partly because Saudi Arabia is protected by its allies.

The country's allies are putting economic interests and security links before human rights. They refuse to publicly criticise Saudi Arabia's authorities, effectively giving them a free pass to do what it wants. The UK government has continued to fail to speak out against the rights abuses the Kingdom is committing.

The country's allies also shamelessly back the Kingdom’s repression in the name of the so-called ‘war on terror’. Both the UK and US governments are providing weapons, logistical support and intelligence to the Saudi Arabia-led coalition in Yemen.

Despite all this, Saudi Arabia still sits on the UN’s Human Rights Council, a collection of 47 states responsible for the promotion and protection of all human rights around the globe. Right now, it’s cynically using the Council to protect itself from further scrutiny.