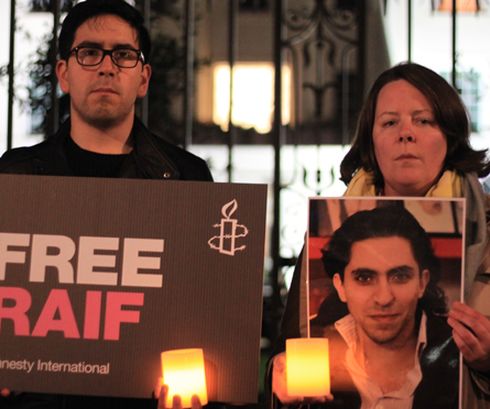 Raif Badawi - a Saudi Arabian poet and activist, was released from prison on Friday, 11 March 2022. He served a 10-year sentence for advocating an end to religious influence on public life. The conditions of his release - and the possible 10-year travel ban - are unclear at this point.

Thanks to you and other Amnesty activists, over a million messages were sent from around the world in support of Raif.

But while we celebrate this step forward for Raif, many other activists, writers and lawyers remain imprisoned. We will not stop fighting for the release of all those unfairly imprisoned in Saudi Arabia and around the world.