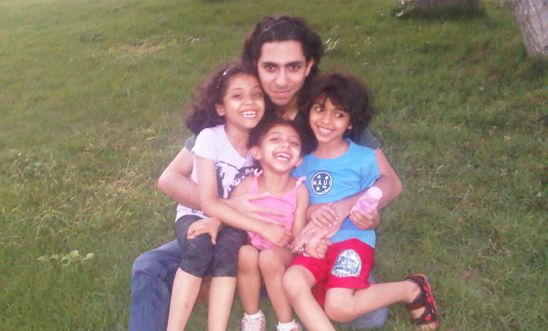 Raif Badawi with his children

Saudi Arabian blogger Raif Badawi was detained in June 2012 and sentenced in 2014 for setting up a website focused on social and political debate.

He was sentenced to 10 years in prison followed by a 10-year travel ban and a 1 million Saudi Arabian riyal fine. He was also sentenced to a cruel and inhumane punishment of 1,000 lashes, the first 50 of which were carried out in a public square in Jeddah on 9 January 2015.

More than a million voices for justice

When this happened supporters like you around the world rose up as one, condemning the authorities and demanding the release of Raif Badawi and all other prisoners of conscience.

He has not been flogged again since then.

More than a million messages from Amnesty International activists have been sent in support of Raif since 2014. In 2015, the campaign also highlighted the plight of his lawyer, Waleed Abu al-Khair, who is currently serving a 15-year prison term solely for his human rights work.

Even so, Raif Badawi is still languishing in prison.

Blogging is not a crime

He has already served half of his prison term, but he shouldn’t be locked up in the first place. Saudi Arabian authorities must ensure his immediate and unconditional release, as well as the release of all prisoners of conscience detained solely for exercising their right to freedom of expression.

Blogging is not a crime. The harsh punishment of Raif Badawi shows the Saudi Arabian authorities’ blatant contempt for freedom of expression and the extent to which they are willing to go to crush all forms of dissent. 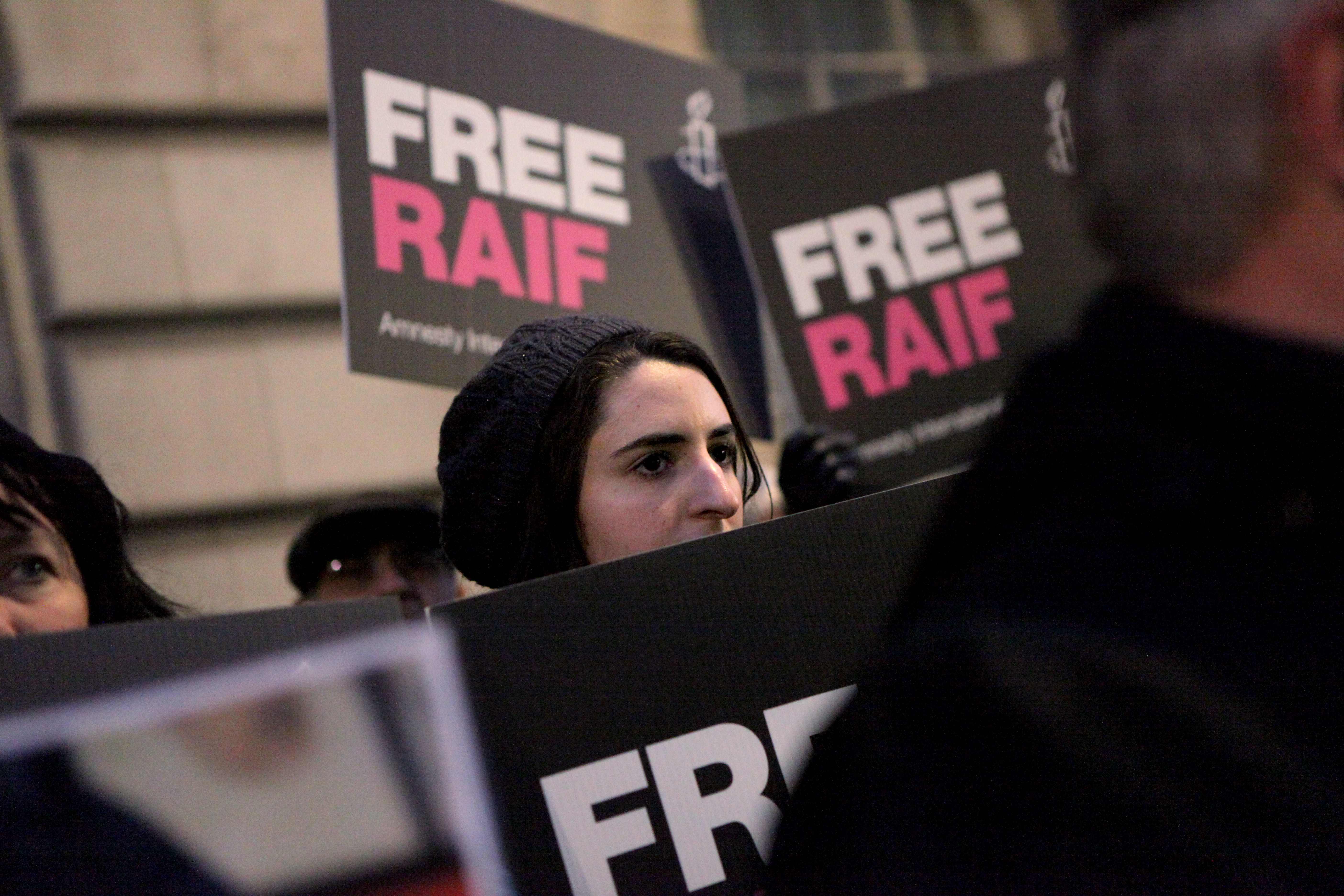 Over the past three years, our supporters have tirelessly campaigned outside Saudi Arabian embassies worldwide, held candlelit vigils, fired off tweets targeting the Saudi Arabian authorities, and written hundreds of thousands of letters and solidarity messages demanding Raif and all other prisoners of conscience detained in Saudi Arabia are freed. 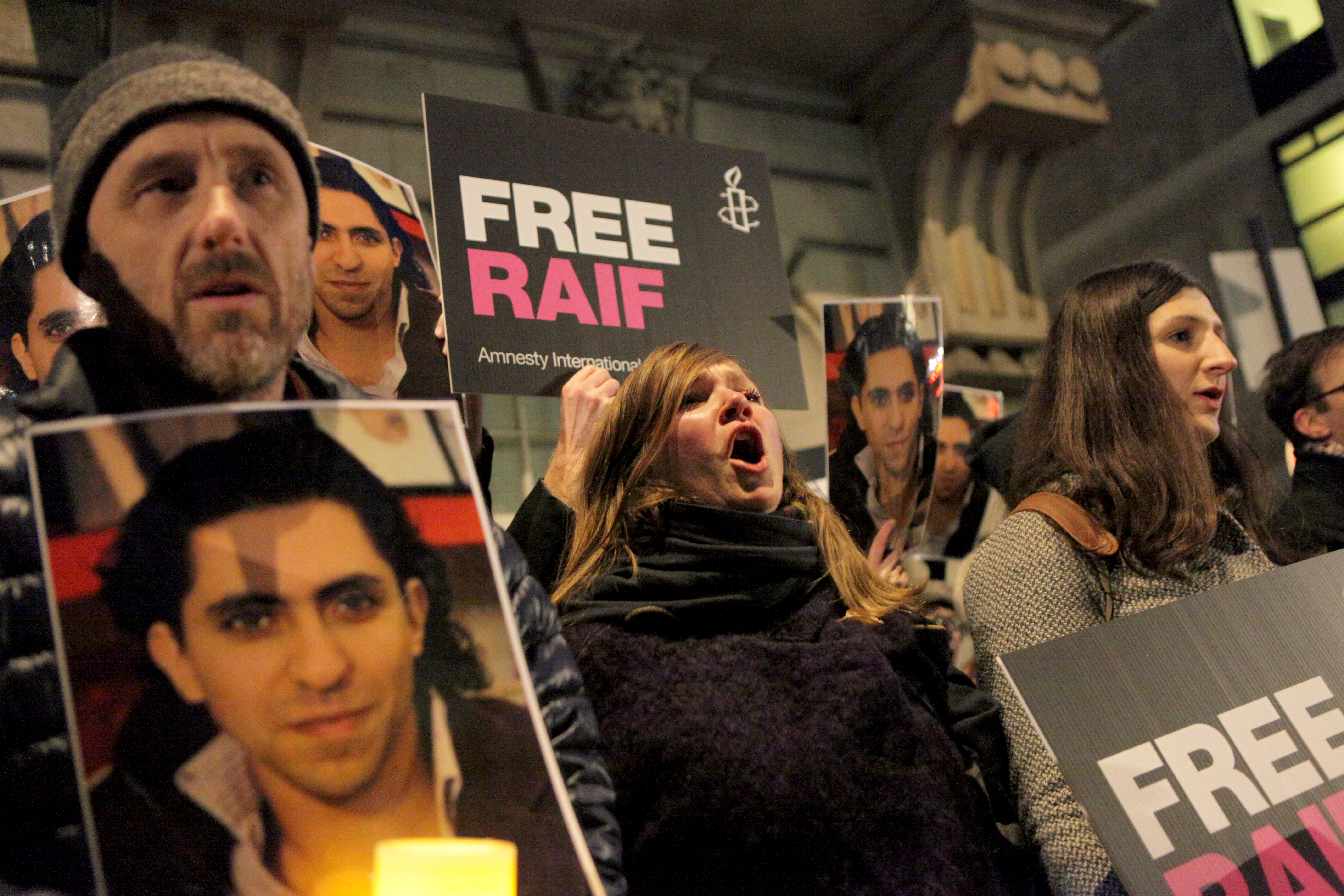 Now, more than ever, we must keep up the pressure, as the human rights situation in Saudi Arabia is getting worse.

We refuse to let Saudi Arabia’s appalling human rights record go unnoticed. The crackdown on civil society and freedom of expression continues unabated as the authorities continue to put human rights defenders on trial on charges related to their peaceful activism. 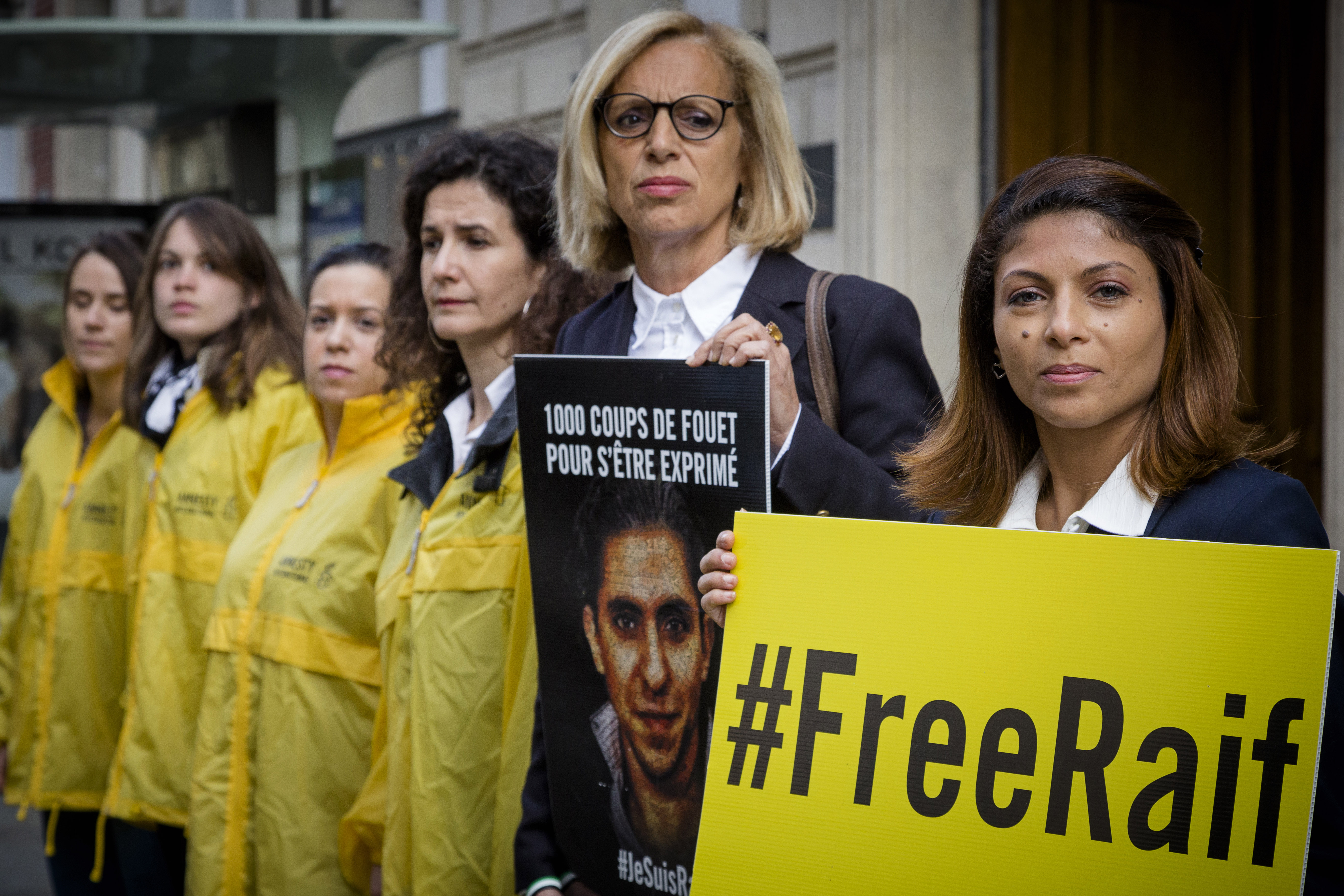 Dozens of outspoken activists, human rights defenders, writers and lawyers remain behind bars, including Raif’s lawyer Waleed Abu al-Khair, simply for exercising their rights to freedom of expression, association and peaceful assembly. But, there’s power in numbers, and we won’t stop until all prisoners of conscience are free. 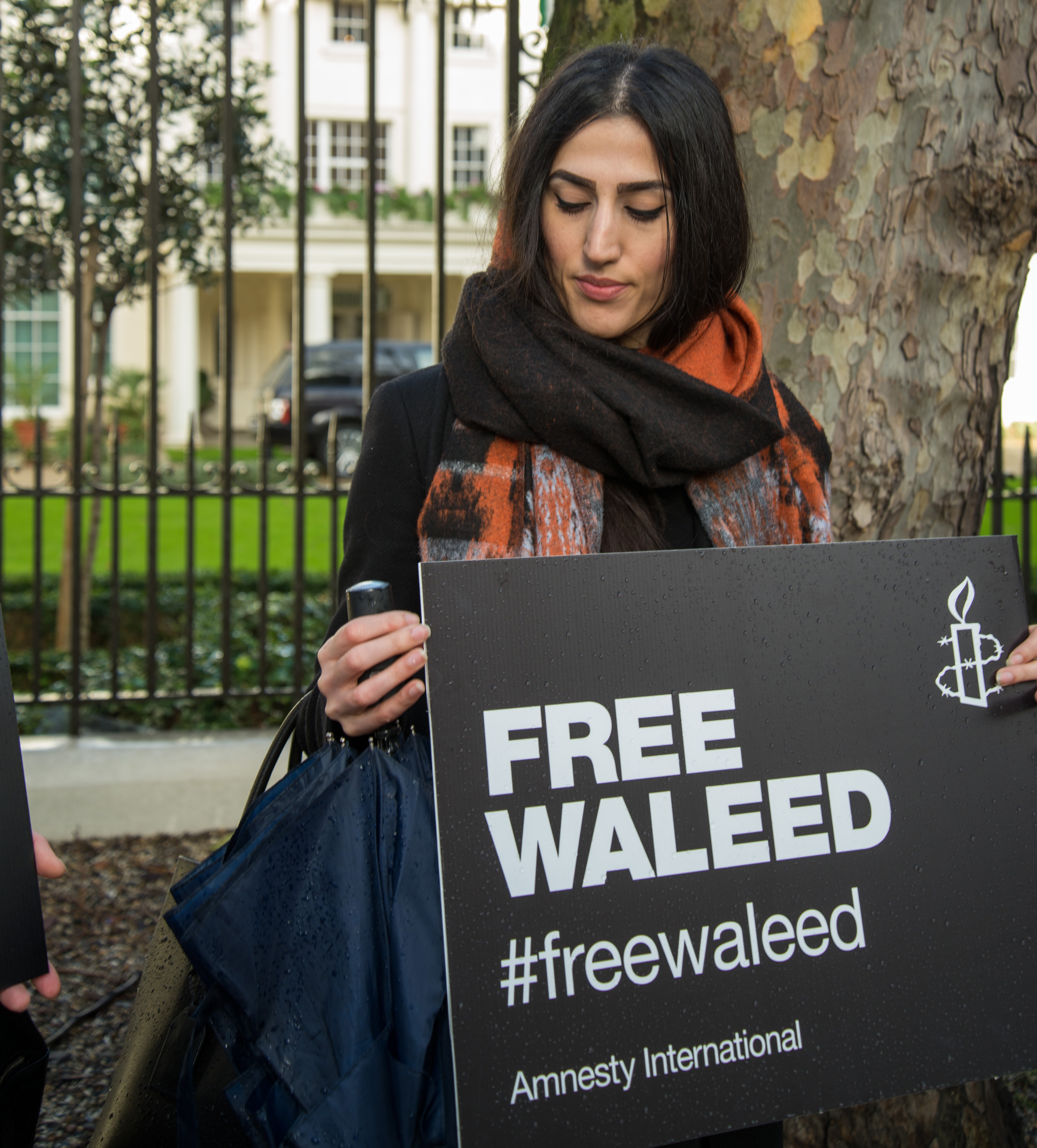 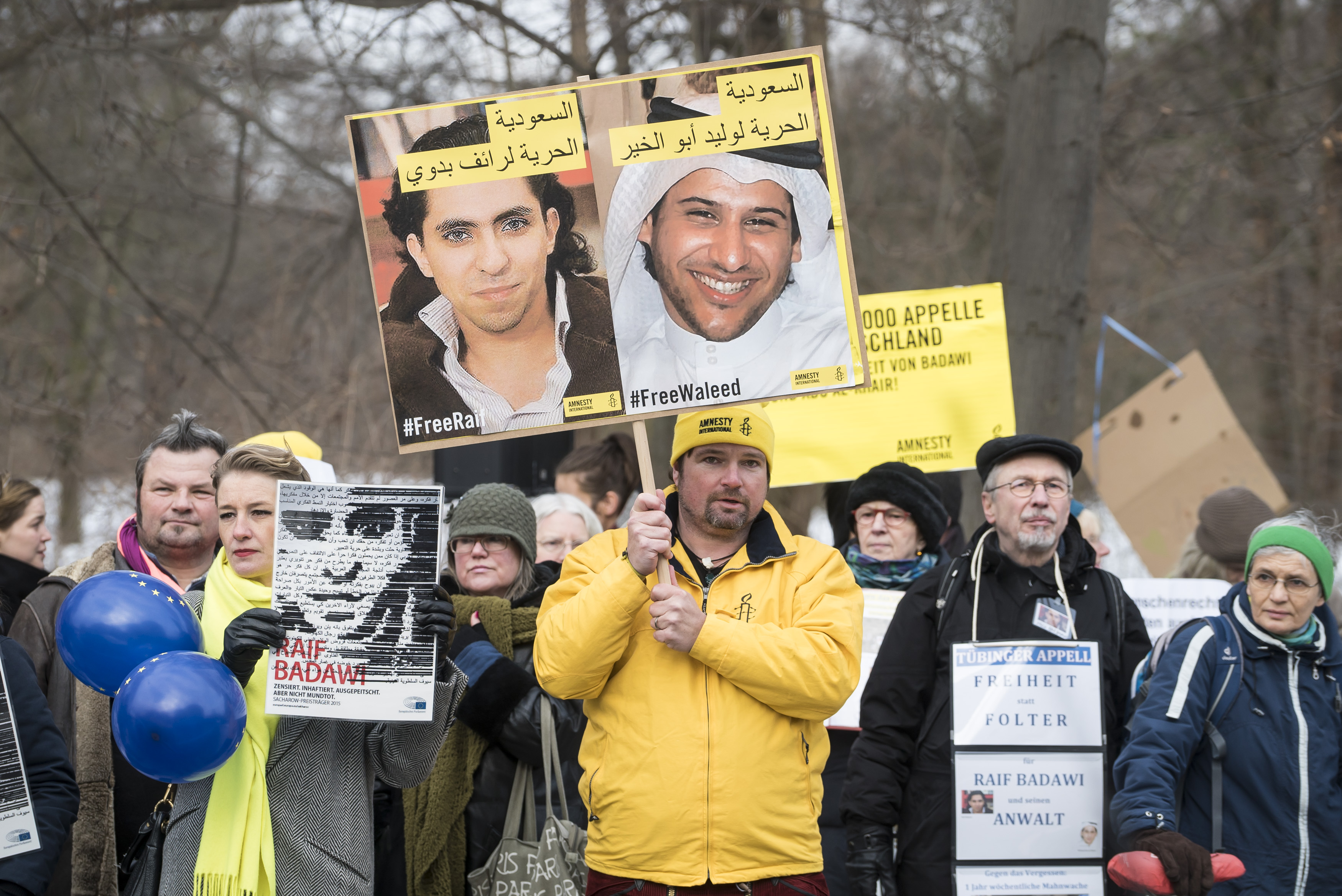 Demand that Raif, Waleed and all prisoners of conscience are released

Saudi Arabia is known for being sensitive about its public image and international standing. We encourage you to target officials publicly, shaming them about their repression of freedom of expression and pressuring them to release all prisoners of conscience. 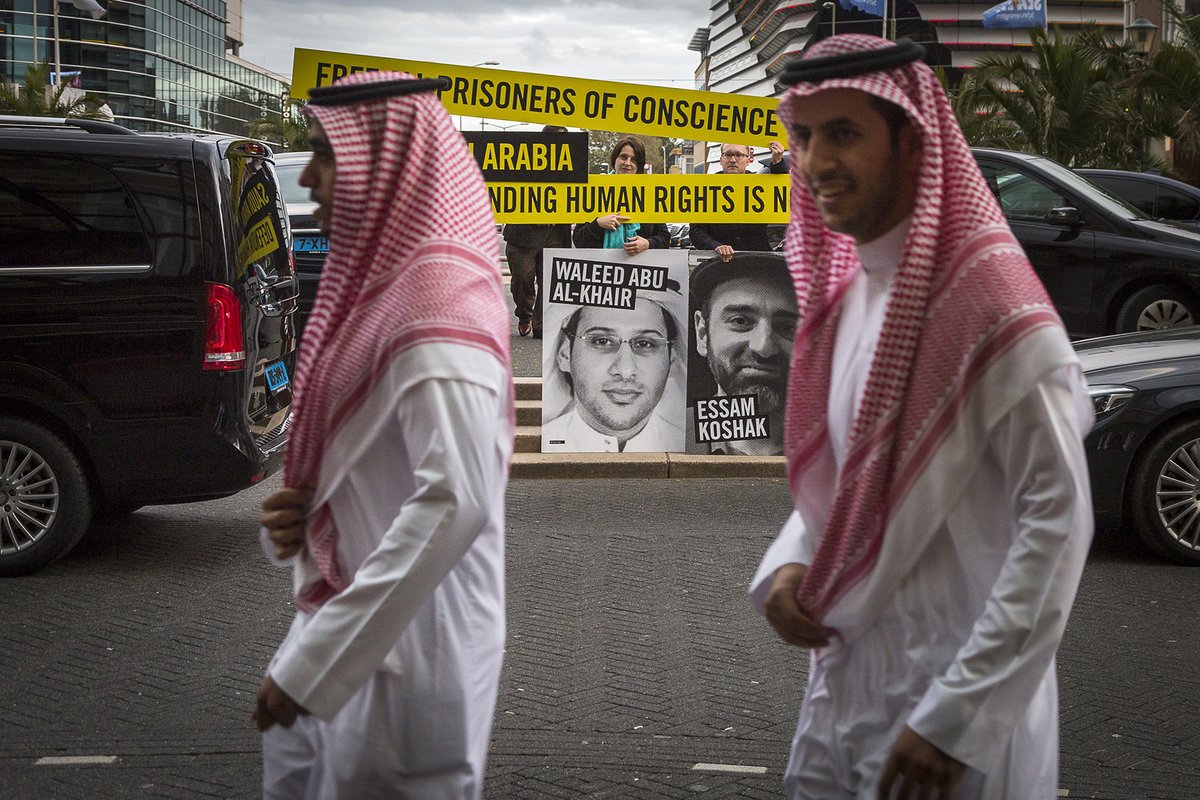 In connection with their peaceful activities, human rights defenders continue to be prosecuted on vague, broad charges under the counter-terror law. They can be sentenced to up to 15 years in prison after grossly unfair trials in front of the Specialized Criminal Court (SCC), a notorious tribunal set up to deal with security and terrorism-related offences. Last week, UN experts deplored Saudi Arabia’s use of the counter-terror law and urged it to end the repression of peaceful activists.