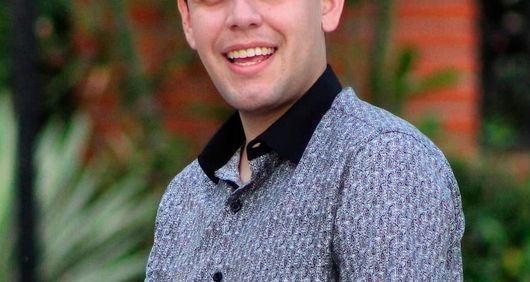 Darvinson Rojas is a Venezuelan journalist and prisoner of conscience. He was arbitrarily detained for reporting on COVID-19 and conditionally released on 2 April 2020. To date, the politically motivated charges against him have not been dropped and there has been no news on court case against him. As soon as there are changes in the case, we will renew campaigning actions on his behalf.

On 21 March 2020, Darvinson Rojas was arrested at his home by the Venezuelan Special Action Forces (FAES) as retribution for his reporting on the spread of COVID-19 in the country. Darvinson was conditionally released after 12 days in custody and charged with “advocacy of hatred” and “instigation to commit crimes.” His court case has seen various irregularities, including the denial of Darvinson’s right to be represented by his chosen attorneys in court.

People in Venezuela have endured an unprecedented human rights crisis for years, facing economic collapse, government repression, and severe shortages of food, medical supplies, water and electricity. The crisis has only worsened with the arrival of the COVID-19 pandemic in March 2020. Due to this pandemic, the country has been in a state of alarm since 13 March 2020. In this context, Nicolás Maduro’s government has continued its use of arbitrary detentions, torture, and enforced disappearances as tools to silence any critical voices, whether real or perceived. The Maduro government has made access to public health information nearly impossible, and journalists like Darvinson work to inform the public under the constant threat of government retaliation.

Thanks to the public pressure and countless appeals of our global community of activists, Darvinson is no longer detained. Since being brought before the court and charged, he has been home on bail awaiting the next steps in his trial.

He has expressed deep gratitude for the support he and his family have received through this process. Amnesty International will continue to monitor his case, document any irregularities, and to campaign for the Maduro government drop the arbitrary charges pressed against him.