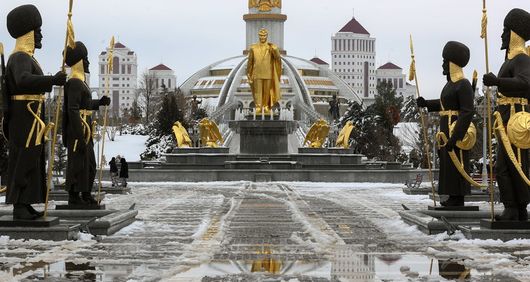 Kasymberdi Garaev, a 24-year-old doctor, came out as gay in an online article published by Radio Free Europe/Radio Liberty’s Turkmen Service on 21 October. He spoke of his despair, because same sex relations between men are criminalised in Turkmenistan. He was summoned to a police station on 24 October and has not been heard from since. Meanwhile, the authorities have started a campaign to identify supposed LGBTI people.

People in Turkmenistan live in an environment in which human rights violations are severe and routine. The right to freedom of expression is harshly restricted and all media is controlled by the state. Torture and other ill-treatment is believed to be widespread. Prisoners are held in conditions amounting to inhuman and degrading treatment, and in some cases subjected to enforced disappearances. Deaths in custody are commonplace and not subject to investigation.

Consensual same-sex relations between men are a criminal offence in Turkmenistan, punishable by up to two years imprisonment. Widespread societal homophobia and transphobia means that lesbian, gay, bisexual, transgender and intersex (LGBTI) persons are at high risk of torture or other ill-treatment, including sexual violence and extortion, at the hands of the police. They also come under severe pressure from members of their families seeking to protect the “family honour” by imposing forced marriages.