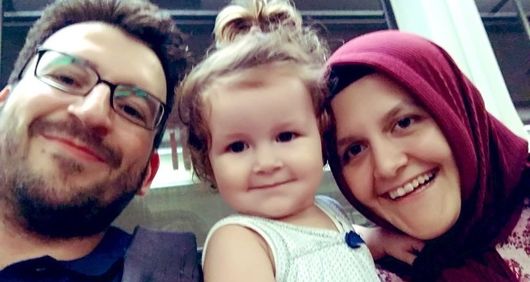 The whereabouts of Gökhan Türkmen and Mustafa Yılmaz, who were missing for nine and eight months respectively, have been disclosed to their families by the Turkish authorities. Gökhan Türkmen was registered in police detention on 5 November and Mustafa Yılmaz on 21 October. They have both been remanded in prison pending their prosecution and are being held in Sincan prison, Ankara.

Gökhan Türkmen and Mustafa Yılmaz, who had been missing since 7 and 19 February 2019, were registered in police detention on 5 November and 21 October respectively. Gökhan had been missing for nine months and Mustafa, for eight months, in what were suspected to be cases of enforced disappearance.

Mustafa's wife, who briefly saw him on 22 October, said he had lost a lot of weight, was very pale and had very cold hands. Mustafa stated that he did not want his lawyer to be involved, insisting that another appointed lawyer would be in touch with her. He also insisted that he had been in hiding in the last eight months, which his family believes is not credible.

Gökhan's wife, who saw him on 7 November, gave a similar account – extreme weight loss, very pale skin, and he also insisted on court applications initiated during his disappearance to be withdrawn. He also requested that she stops using Twitter to ask questions and raise awareness of his disappearance.

According to the state appointed lawyer representing Mustafa during police detention, he was taken to a court on 25 October without the knowledge of his lawyer or his family and remanded in prison for ‘leadership of an armed terrorist organisation’. After eight days in police detention, Gökhan was remanded in prison on 12 November, also following a hearing that was kept secret from his lawyer and family. They are both currently being held in Sincan prison, Ankara.

During the period of their disappearance and since their reappearance, the authorities have denied that the two men were being held in official custody. On 29 July four other men who had been missing since around the same time also resurfaced in detention at the Anti-Terrorism Branch of the Ankara Police Headquarters.

The authorities must carry out a prompt, independent and impartial investigation into the circumstances of Mustafa and Gökhan’s disappearances and ensure they are prosecuted in fair trials. Amnesty International will continue to make these calls in advocacy meetings with the authorities and will follow developments in their prosecution.