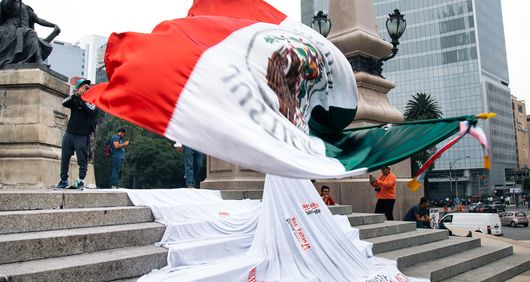 Authorities found the body of indigenous human rights defender, Arnulfo Cerón Soriano, on 20 November in a clandestine grave near the city of Tlapa, Guerrero state, western Mexico. Arnulfo was a member of the Popular Mountain Front and Movement for the Freedom of Political Prisoners of the State of Guerrero (MOLPEG). He disappeared on 11 October on his way to a meeting in the city. Authorities must increase their efforts to investigate his disappearance and death, hold those responsible to account, and ensure the safety of Arnulfo´s family and the organisations that supported him.

Arnulfo Cerón Soriano was an indigenous Nahua human rights defender, who spent decades fighting for the rights of the indigenous population, in various organisations and social movements in the mountainous region in Guerrero. Starting in 1995, he worked at the Tlachinollan Human Rights Centre for two years. He also worked as a private lawyer, supporting the indigenous population in the area. Arnulfo was extremely active in the movement demanding justice for the 43 disappeared students of Ayoztinapa.

The state of Guerrero is notorious for weak institutions and entrenched collusion between organised crime and security forces, both at a state and municipal level. Crimes of disappearance and killings of human rights defenders are shrouded in almost absolute impunity.