Our work on refugee and migrant rights 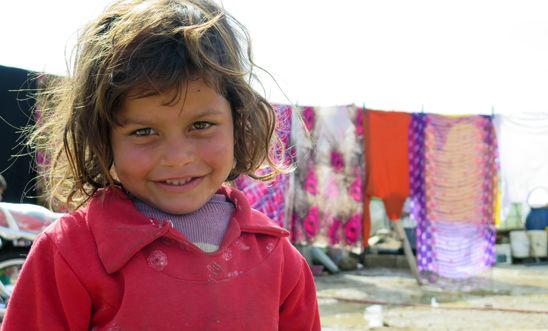 Our goal is that all refugees and migrants should be treated with the dignity and respect that everyone is entitled, and our immigration and asylum systems should be fair and effective.

We attempt to achieve this goal in a number of ways, including carrying out research into aspects of immigration and asylum policy and practice, developing proposals for improving those policies and practices and then promoting our proposals with the government, MPs and other opinion formers, and intervening in key court cases to ensure asylum decisions are made using the best available evidence on human rights conditions.

Our current key areas of work include:

We continue to work to secure a fair and effective asylum system. Much of this work is done through our membership of Still Human Still Here, a coalition of over 50 organisations that are campaigning to end the destitution of thousands of refused asylum seekers in the UK.

The coalition believes that current asylum policy is ineffective and inhumane and puts vulnerable people at risk. Together we are calling on the government to:

Around 4 million Syrians have been forced to seek shelter in neighbouring countries. Conditions are generally poor and dangerous for many.

Our focus on this issue was instrumental in persuading the UK government in January 2014 to accept resettlement places for the most vulnerable of these refugees. However, up to May 2015, the UK has accepted for resettlement only 143 of these desperate and persecuted people; and we are continuing our campaign to ensure the UK offers more places. Germany, for example, has offered 30,000 places.

This humanitarian step would be life-changing, possibly life-saving, for some; and would relieve some of the pressures faced by countries such as Lebanon which alone is hosting around 1.4 million Syrian refugees.

More about our work in Syria

Search and rescue in the Mediterranean

At the end of 2014, under pressure from governments across the EU, the Italians withdrew their search and rescue mission (Operation Mare Nostrum) in the Mediterranean. The number of people attempting the crossing in 2015 has not fallen, but the death toll has risen hugely.

In one incident in April, 800 people are believed to have drowned. Belatedly, EU leaders have acknowledged a need to save lives.

We are working to ensure the UK government supports an effective, EU-supported search and rescue mission in the Mediterranean while the current crisis persists.

More about our work on search and rescue

In October 2014, we submitted evidence to a joint All-Party Parliamentary Groups’ inquiry into the use of immigration detention in the UK.

The inquiry reported in March 2015. In line with our submission, they found the use of immigration detention in the UK to be excessive and disproportionate.

Tens of thousands of people are subjected to immigration detention every year, and in some cases their detention continues for several months or years. This has done profound and lasting harm to the mental health of many people, including in at least six cases doing so serious harm as to amount to a breach of the prohibition on torture, inhuman and degrading treatment in Article 3 of the European Convention on Human Rights.

From May 2015, we will be working to ensure that the inquiry’s conclusions and recommendations are acted upon.