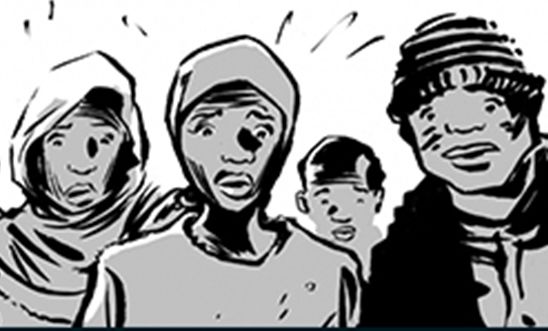 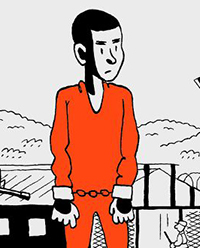 A brilliant non-fiction graphic novel about one of the youngest detainees at Guantanamo Bay. At the tender age of only 14 - or maybe 13, he doesn’t know for sure - Mohammed El-Gharani was unjustly imprisoned for 7 years in the US detention centre that is infamous for the many human rights abuses perpetrated there.

Read the full review or buy the book here

The only child by Guojing 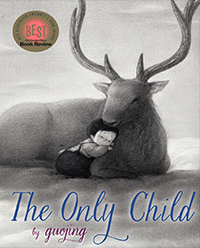 A wordless graphic novel that recounts the story of a little girl who leaves home to visit her grandma but ends up on a magical adventure when she gets lost and meets a stag and other friends. An endearing black and white illustrated story, in which Guojing tries to capture her memories of isolation and loneliness growing up under the one-child policy in China. (Ages 5+)

The arrival by Shaun Tan

Through a whole new imaginary place coming from the mind of a splendid illustrator, 'The Arrival' shows a migrant arriving at his destination in search of a better life. In this new city, the man must adapt to a different language and culture but luckily for him, he finds people who are willing to help. A meaningful graphic novel where words are not needed. (Ages 5+) 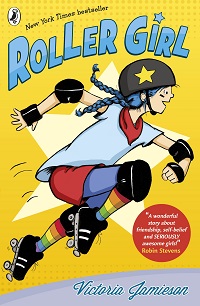 Human rights don’t always have to be revealed through complex stories. In ‘Roller Girl’ a young novice in the sport of roller skating spends the two most exciting and revealing summer months of her young life. A funny and emotional story that explores concepts such as identity and freedom of expression, while upholding values including empathy, respect, solidarity and perseverance. “Tough! Strong! Fearless!” (Ages 10-12) 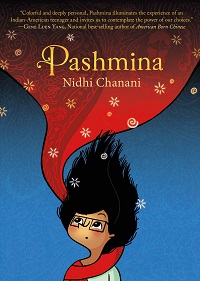 A courageous, feminist story about women's choices and the search for cultural identity. Teenage Priyanka has many questions. Why did her Mom leave India? Who was her father? One day she discovers a mysterious pashmina and when she wraps the shawl around herself something magical happens. A journey of self-discovery which will take Priyanka to the real India. (Ages 11+) 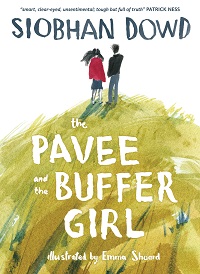 Moving to another city is never easy and much less so if you're a pavee. When Jim and his family stop in Dundray they are greeted with hostility and apprehension. This is a graphic novel about prejudice, bullying, racism, violence but also about an unbreakable love between a traveller boy and a non-traveller girl (Ages 13+) 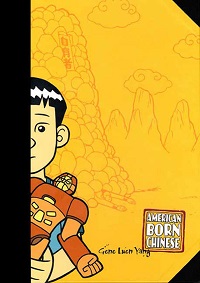 Through three seemingly unrelated stories, this graphic novel explores the effects of racial stereotypes, understanding of one’s own identity and how to fit within diverse communities. Extremely funny, witty and full of action. Ideal for reluctant readers. (Ages 13+) 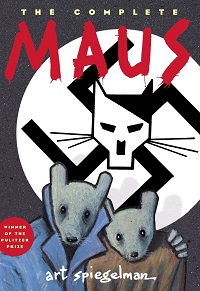 This is famously the only graphic novel winner of the Pulitzer Prize. Spiegelman tells the story of his father story, a concentration camp survivor, depicting Jewish people as mice, the Nazis as cats, the Polish as pigs and the North American as dogs. This unique cartoon portrayal enables young readers to learn about the terrifying reality of the Holocaust in a way that is never ponderous or didactic. (Ages 13-adult) 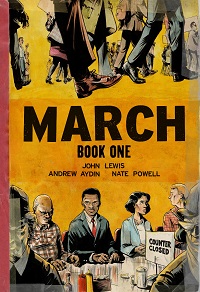 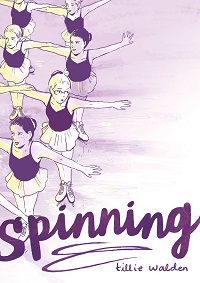 A delicate memoir in which within the context of skating, the young illustrator Tillie Walden refers to poignant moments whilst growing up: bullies, harassment, coming out and the absence of parental love and support. The quality of the drawings and the careful colour chosen for the illustrations make this graphic novel very easy to read. (Ages 13+) 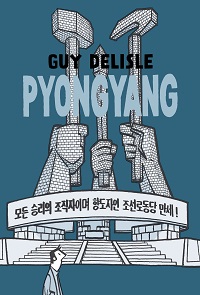 Canadian cartoonist Guy Delisle tells his own story of visiting the Korean capital with keen observation, irony and humour. Accompanied by a translator and a guide, he observed not only what the regime wanted him to see but also much more about culture and life in North Korea. An entertaining, tragicomic and informative work for adults and young readers. (Ages 13-18) 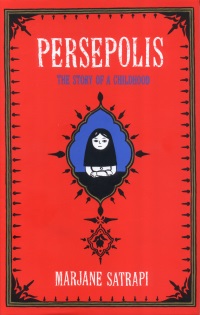 An autobiographical novel about growing up in Iran after the Islamic Revolution. Strict rules were imposed on women's dress and education, but young Marjane was lucky to have her mother and grandmother by her side. Persepolis introduces young readers to an irresistible and fearless girl with whom they can’t help falling in love. (Ages 13+)

An Olympic dream: The story of Samia Yusuf Omar by Reinhard Kliest 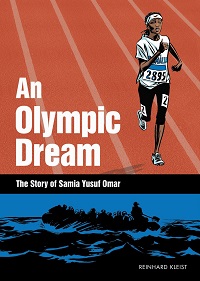 A heart-breaking biography of the young Somali Samia Yusuf Omar, who became an Olympic runner and died a refugee. Samia ran in the 2008 Beijing Olympics. Living in a tyrannical country, she was unable to thrive as runner, so she decided to try to make it to Europe to train for the 2012 Olympics. An emotionally touching and easily relatable true story. (Ages 13+)

Note: recommended ages are suggestions only – each child and young person is different.