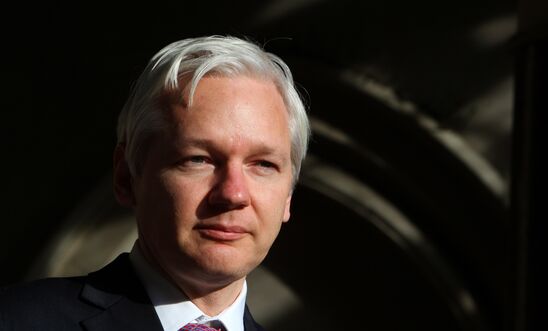 WikiLeaks founder Julian Assange speaks to the media outside the High Court in London on December 5, 2011 © AFP via Getty Images

Amnesty spokespeople at High Court in London available for interview

Ahead of a preliminary appeal hearing in the High Court in London tomorrow (11 August) on the decision not to extradite the WikiLeaks founder Julian Assange to the US, Amnesty International has renewed its call on President Biden to drop the charges against him. Nils Muižnieks, Amnesty International’s Europe Director, said:

“This attempt by the US government to get the court to reverse its decision not to allow Julian Assange’s extradition on the basis of new diplomatic assurances, is a blatant legal sleight of hand. Given that the US government has reserved the right to keep Julian Assange in a maximum security facility and subject him to Special Administrative Measures, these assurances are inherently unreliable.

“This disingenuous appeal should be dismissed by the court and President Biden should take the opportunity to drop these politically-motivated charges which have put media freedom and freedom of expression in the dock.

“President Obama opened the investigation into Julian Assange. President Trump brought the charges against him. It is now time for President Biden to do the right thing and end this farcical prosecution which should never have been brought in the first place.

“Amnesty International’s recent work on the Pegasus Project is just the latest example that exposes what some states will do outside the gaze of publicity. It reinforces the vital importance of whistleblowers, investigative journalists and publishers in holding the perpetrators of human rights violations to account.”

If extradited to the US, Julian Assange could face trial on 18 charges - 17 of these under the Espionage Act, and one under the Computer Fraud and Abuse Act. He would also face a real risk of serious human rights violations due to detention conditions that could amount to torture or other ill-treatment, including prolonged solitary confinement. Assange is the first publisher to face charges under the Espionage Act.

The US government is expected to challenge the grounds on which it can appeal and may request reconsideration for appeal on two other grounds - on of which questions the expertise of one of the expert witnesses, and another concerning the assessed risk of Assange taking his own life in detention.