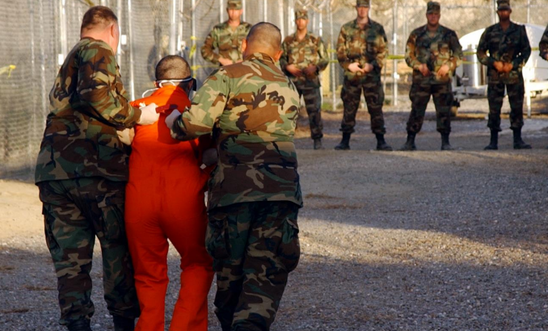 Joe Biden pledged to close the camp as Vice-President

US President-elect Joe Biden should close the US military detention centre at Guantánamo Bay when he assumes the presidency later this month, said Amnesty International today, as the organisation published a new report marking the 19th anniversary of the notorious detention centre.

Eleven years ago, speaking as Vice President at an event in Germany, Biden said the Obama presidency would “uphold the rights of those who we bring to justice. And we will close the detention facility at Guantánamo Bay” - a pledge which remains unfulfilled.

Amnesty’s 62-page report documents a catalogue of human rights violations perpetrated against those detained at the camp - where victims of torture are held indefinitely and without fair trials. Transfers out of the facility have stalled and those cleared for release remain incarcerated.

Detentions at Guantánamo began out of a decision taken by the Bush administration to frame the USA’s response to the 9/11 attacks as a “global war on terror,” bypassing human rights protections. Amongst numerous human rights violations, crimes under international law such as torture and enforced disappearance were committed against detainees held at secret facilities operated by the CIA.

Amnesty’s report calls for renewed urgency on the issue of closing Guantánamo and resolving the plight of the 40 people still held there.

“This is about more than just the 40 people still held at Guantánamo - it is also about the crimes under international law committed over the past 19 years and the continuing lack of accountability for them. It is about the future, too, as we move towards the 20th anniversary of the 9/11 attacks and strive for enduring justice.

“These are detentions that are inescapably bound up with multiple layers of unlawful government conduct over the years - secret transfers, incommunicado interrogations, forced feeding of hunger strikers, torture, enforced disappearance and a complete lack of due process.”