USA: botched execution in Oklahoma should lead to halt of all executions 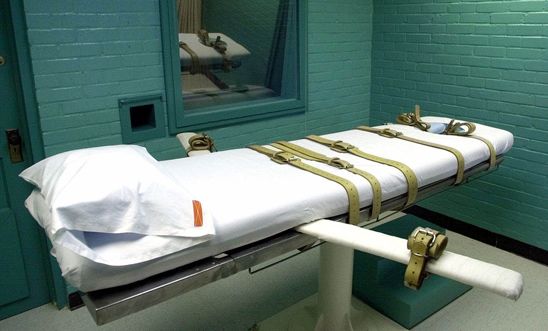 Last night’s botched execution in Oklahoma should lead the authorities across the USA to impose an immediate moratorium on judicial killing, Amnesty International said today.

Witnesses have described how the condemned man - Clayton Lockett - began to gasp and writhe after he’d been declared unconscious, and when the second and third drugs in his execution began to be administered.

At that stage, about 16 minutes after the lethal injection process had begun, officials drew a curtain across the viewing window, preventing witnesses from seeing what was happening. Almost half an hour later, Lockett was pronounced dead of a heart attack. A second execution scheduled for the same evening, of Charles Warner, was stayed.

Lockett and Warner had unsuccessfully challenged an Oklahoma state law that blocks officials from revealing the identities of those involved in administering executions as well as of those who supply the drugs or equipment used.

Amnesty is renewing its call on authorities across the country - whether at federal, state or local level - to seize the opportunity provided by the problems in sourcing lethal injection drugs to work against the death penalty, rather than trying to fix the unfixable.

“What happened last night to Clayton Lockett is shocking in anyone’s book. But this is far from the first ‘botched execution’ in the USA, whether by electrocution, asphyxiation, or lethal injection using the ‘traditional’ three-drug protocol.

“If the sort of tenacity shown by the authorities pursuing the death penalty were to be turned to bringing their country into line with the global abolitionist trend, then we would see rapid progress on this fundamental human rights issue in the USA.

“But what also must not be forgotten in all of this is that, even if executions go according to plan, the death penalty remains a deeply flawed exercise in state power. It is irrevocable in outcome, inconsistent and discriminatory in application, and incompatible with basic human rights principles.”

Until around 2010, most of the USA’s death penalty states used a three-drug lethal injection system. However, since the sole US manufacturer of sodium thiopental, one of the drugs used in this combination, suspended production and in early 2011 withdrew from the market altogether, the USA’s death penalty states have turned to domestic “compounding pharmacies” (used in the USA to meet prescription needs of individual patients), to sources overseas, and to the federal government for their lethal injection drugs.

In 2010 it was first learned that a small company based in the UK had supplied sodium thiopental to the state of Arizona where it was used to execute Jeffery Landrigan on 26 October that year. Amnesty and the campaign organisation Reprieve called on the UK government to prohibit the export of the drug from the UK where it was for use in executions.

Meanwhile, Amnesty worked with a coalition of NGOs to call on the European Commission to amend regulations on the international trade in certain equipment to include drugs used in the lethal injections and to introduce a “torture-death penalty end-use clause” to enable EU states to refuse export licences for items that clearly have no practical use other than for the purposes of capital punishment; or where there are reasonable grounds to believe that such items would be used for the purposes of capital punishment.

In 2013 the US states of Arkansas, California, Florida, Louisiana, Montana, North Carolina and Ohio amended their executions procedures to include a one-drug protocol and/or allow changes to the chemicals used in the executions.

Since judicial killing in the USA resumed on 17 January 1977, US executioners have killed nearly 1,400 men and women - 90% through lethal injections. Other methods used have been gas, hanging, electricity and a firing squad.

Amnesty opposes the death penalty in all cases without exception, regardless of the nature or circumstances of the crime, the culpability of the condemned, or the method chosen by the state to carry out the execution.