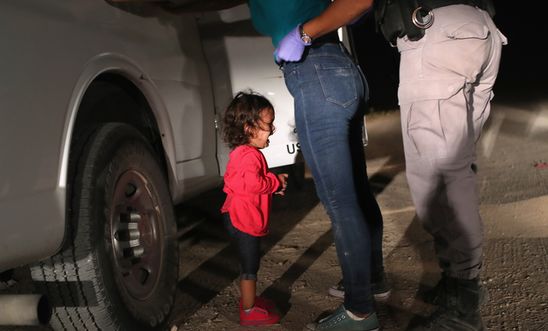 Courts have recently struck down the controversial ‘Remain in Mexico’ policy

The US Government must immediately halt its illegal pushback of thousands of asylum-seekers at the border with Mexico and instead facilitate their prompt reception and the processing of their cases under US law, said Amnesty International, following a visit to the border.

Earlier this week (8-10 April), Amnesty monitored the hearings of 28 asylum cases in San Diego, involving 31 adults and 26 children whom the US authorities had forcibly returned to Mexico under the “Remain in Mexico” policy since January. During their hearings, over 40% of those affected proactively expressed their fears of return to Mexico.

Amnesty identified serious shortcomings in the proceedings resulting from the policy, including a widespread lack of access to attorneys for those forcibly returned to Mexico during their proceedings. In only one of the cases monitored by Amnesty had the people seeking asylum successfully secured legal representation.

Amnesty also interviewed eight adults and three children in Tijuana, whom the US authorities had forcibly returned to Mexico after they requested asylum. Several of them expressed fears that they could face harm in Mexico while waiting for their hearings.

On 8 April, a US federal court issued a preliminary injunction barring the further implementation of the “Remain in Mexico” policy (also known as the “migrant protection protocol”), under which the US authorities have forcibly returned more than 1,300 asylum-seekers to Mexico before the final adjudication of their asylum claims. Nonetheless, hundreds of people who are still waiting in Mexico for their court hearings in the US are stuck in legal limbo, and in potentially dangerous situations.

“Anything can happen, because I’m Honduran. The police here are very corrupt, and they steal the money of lots of people,” said Josue, a 53-year-old man from Honduras who is in this position.

“Pushbacks violate international law, and US authorities are forcing thousands of people who are seeking asylum to wait on the Mexican side of the border for months both before and after receiving their requests for protection.

“The courts are playing a vital role in limiting abuses of power by US authorities, but most of those seeking asylum still lack adequate access to justice and continue to suffer wholesale violations of their rights.”

In addition to the “Remain in Mexico” policy, the US and Mexican authorities are also forcing asylum-seekers to wait for weeks or months on an illegal asylum waitlist before allowing them to request protection, which some said has put them in danger.

Manuel, a 29-year-old man from El Salvador who was forcibly returned to Mexico after requesting asylum, said Mexican police detained him and stole his money and phone the day before his number came up on the illegal waitlist, after weeks of waiting his turn in Tijuana.

The waitlist is held by a small group of asylum-seekers during the day, and then by Mexican authorities at night. As of 9 April, there were approximately 4,460 names on the list in Tijuana, approximately 40-45% of whom were Mexican nationals, whom neither US nor Mexican officials can legally prohibit from requesting asylum at the US border.

By forcing thousands of Mexican nationals to wait in Mexico for weeks or months before allowing them to enter the USA to request protection, the US government is violating its national asylum laws. The Mexican government is also violating Article 11 of its Constitution (guaranteeing its citizens’ freedom of movement) by preventing Mexican nationals from reaching the border to present themselves for asylum, while both countries are violating their obligations under international law.

From 8-10 April, Amnesty interviewed 15 asylum-seekers who have been waiting on the illegal asylum waitlist for periods ranging from a few hours to several months.

Cindy, a 17-year-old mother who was seven months pregnant, had been waiting in Tijuana for over two months to request asylum at the US border, after fleeing from threats and violence in her home state of Michoacán in Mexico. “I feel unsafe and afraid to stay here,” she said. Soon after she fled, Cindy had had started receiving threatening phone calls from her aggressors in Michoacán.

Three transgender women from El Salvador and Honduras told Amnesty they were afraid to wait in Tijuana before requesting asylum in the United States because Mexican police had previously attacked and exploited them. Pamela, a 29-year-old trans woman from El Salvador, said she was “very afraid” of waiting in Tijuana. “Since I’ve been attacked and assaulted by the Mexican police in Mexico City. I wouldn’t feel safe going to the police if I were attacked by people here in Tijuana. They say Tijuana is a very dangerous place, and I’m afraid to go walk around in the streets by myself.”