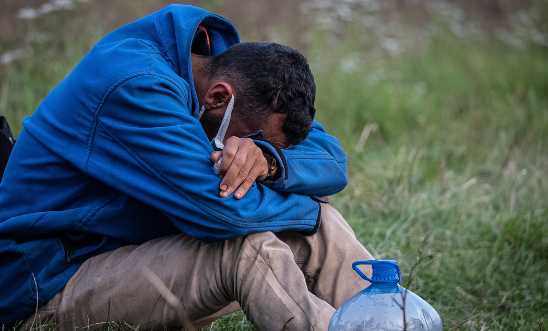 An Afghan asylum seeker exhausted after many attempts of crossing EU border.. On August 26, 2021 at Border Poland-Belarus. © Maciej Moskwa/NurPhoto

In response to news that Britain has sent a team of soldiers to help Poland pushback refugees and migrants at its border, Steve Valdez-Symonds, Amnesty International UK’s Refugee and Migrant Rights Director, said:

“Sending British soldiers to erect more border fences rather than address the needs of people dying at those borders shows a shocking disregard for both human life and the right of people to seek asylum.

“This is already a humanitarian disaster which every government involved continues to ignore while exacerbating the dreadful suffering of people affected.

“Sadly, the decision by our Government to now assist Poland to simply push people back is completely in tune with UK asylum policies and action elsewhere, including at our own borders.

“This move will enable or encourage others to go back on their obligations to provide asylum, gravely endanger the lives of people at borders and profit nobody but those who will exploit these people and those who sell fences.”