UK: Afghanistan resettlement scheme is 'too little, too late' 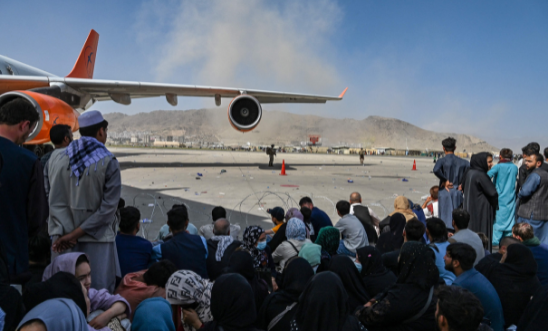 Afghan people sit as they wait to leave the Kabul airport in Kabul on August 16, 2021 © AFP via Getty Images

Responding to the UK government’s announcement of an Afghan Citizens' Resettlement Scheme which it says will be used to resettle up to 20,000 at-risk people from Afghanistan in the coming years, Steve Valdez-Symonds, Amnesty International UK’s Refugee and Migrant Rights Director, said:

“With many Afghans in immediate jeopardy, a promise to resettle a few thousand people in the ‘coming years’ is too little, too late.

“Given the speed and scale of the human rights crisis that appears to be unfolding in Afghanistan, we need a much more urgent focus on those at immediate risk in the country.

“We need more urgency, but also we need much more clarity. Will the scheme cover Afghans trapped in the country​ - not just locally employed staff? Will family members​ such as elderly dependents and adult children be eligible? What about the family members of many Afghans in this country who must be extremely worried about the safety of their loved ones?

“What will happen to Afghans who make their own way to the UK to seek asylum ​or who are already here? Will they still be vilified and criminalised by the Government’s draconian new asylum measures?

“Apart from everything else, the crisis in Afghanistan has shown that attempts to criminalise those seeking asylum are heartless, unlawful and completely out of touch with the realities of the volatile world we live in.”