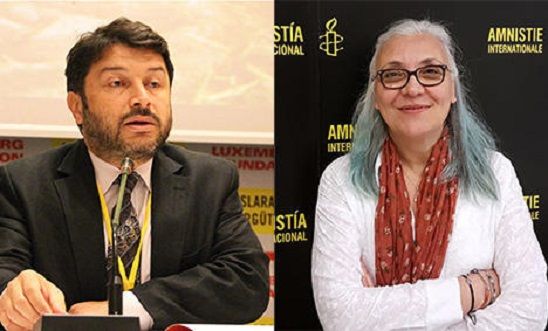 “Whilst we welcome the acknowledgement by the Foreign Minister that Amnesty International are regarded as ‘a credible global organisation’, his assertion that we will be ‘able to conduct activities freely’ is a bold claim in light of the fact that both the Director and the Chair of Amnesty International Turkey are languishing behind bars alongside seven other human rights activists.

“The absurd case against Idil Eser is not based on any nefarious activities but instead rests entirely upon the legitimate work of Amnesty International. If this work is criminalised, it is hard to see how the organisation - or indeed the wider human rights movement in Turkey - can continue to function.

“Equally, the unfounded allegation that has landed Taner Kiliç in jail - that he downloaded and used Bylock on his phone - is false and we will show it. The vital work done by Amnesty International and the people who undertake that work cannot be separated. They are indivisible and we will fight to secure their release.”