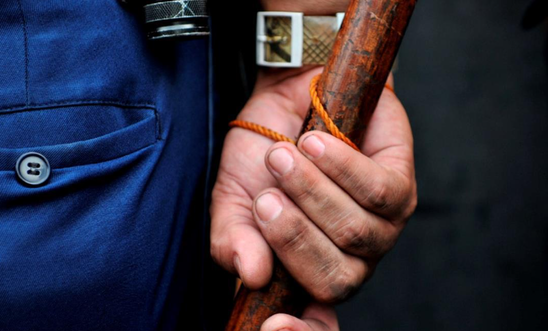 Venezuelan refugees described as “biological weapons” and locked up

Tens of thousands of people have been held in “punitive and repressive” state-run quarantine centres in Venezuela, El Salvador and Paraguay since the outbreak of the Covid-19 pandemic, Amnesty International said in a new report out today [Monday 21].

The 41-page report - When protection becomes repression: Mandatory quarantines under Covid-19 in the Americas – documents how the authorities across three countries have disproportionately held migrants, refugees, people returning to their countries of origin, and low-income communities in state-run quarantines, often in insanitary and inhumane conditions without adequate food, water and medical care.

Amnesty is warning the appalling conditions stand to make them counterproductive spaces where people are at risk of contracting Covid-19 and may amount to ill-treatment.

“When states lock up tens of thousands of people without ensuring each detention is necessary and proportionate, detain them in appalling conditions under military or police supervision, and discriminate against them or use the quarantine as punishment, they convert a public health intervention into a punitive and repressive tactic.

“While governments have had to respond quickly to an unprecedented pandemic, Amnesty found their implementation of state-run mandatory quarantines was defined by arbitrariness, coupled with police and military enforcement.

“Instead of providing the appropriate conditions and safeguards against human rights violations, authorities in Venezuela and El Salvador, in particular, have converted a public health intervention into a punitive response, disproportionately impacting low-income communities, and refugees and migrants returning to their countries of origin.”

Amnesty reviewed and verified dozens of videos mostly filmed by people placed in mandatory quarantine centres including warehouses, sports stadiums and other facilities, describing the conditions in which they were being held.

The human rights organisation also carried out 14 phone interviews, reviewed dozens of newly passed laws, policies, and protocols related to lockdowns and the implementation of the mandatory quarantines, as well as court documents, and reports by independent monitors and journalists.

By the end of August, according to government figures, Venezuelan authorities had mandatorily quarantined around 90,000 Venezuelans who had returned home after being left jobless and homeless in neighbouring countries such as Colombia and Peru, only to be sent to unsanitary and sometimes inhumane quarantine centres under military control.

While El Salvador and Paraguay had largely closed their state-run quarantines or reduced them in scale by the end of August, El Salvador had quarantined more than 16,000 people, including those accused of breaking the mandatory national lockdown, people returning from overseas, or those suspected of having been in contact with anyone who had tested positive for Covid-19.

As of late June, authorities in Paraguay had also mandatorily quarantined around 8,000 people, mainly Paraguayans who had returned to the country after losing their jobs in neighbouring Brazil.

In all three countries people had been quarantined often for well beyond the 14 days currently recommended by the WHO, and sometimes for more than a month. The people held in quarantine did not have sufficient access to information about how long they would be detained for or the scientific criteria that would be used at any given time to determine their discharge from quarantine or isolation.

Quarantine as a punishment

In El Salvador the Minister of Justice and Security warned in April that people who broke the national lockdown would be placed in a containment centre, “far from their families and run the risk in those centres of quarantine of also contracting the virus.” This indicated that quarantine was seen as a punishment and that the authorities were fully aware that centres lacked the appropriate standards to prevent contagion.

Ana Cristina told Amnesty: “I’d like to forget all this, but I can’t,” after describing how she had spent 40 days sleeping on a dirty mattress on the floor in a quarantine facility in El Salvador. She was taken there in mid-April by the police who accused her of breaking the national lockdown when she was out buying groceries and medicine, an activity that was considered essential and allowed at the time of her detention.

In recent months, while requiring that all returning Venezuelans be placed in mandatory quarantine facilities, high level officials of President Nicolás Maduro’s government have simultaneously described Venezuelan refugees returning from Colombia as “biological weapons” sent to infect people living in Venezuela. Senior officials have also described those returning as “traitors.”

Amnesty is calling on governments who detain people in state-run quarantines for public health purposes to immediately grant humanitarian organisations and independent human rights monitors access to these centres so they can monitor the conditions, safeguard against ill-treatment and provide urgently needed water, food and other supplies to comply with international human rights obligations and WHO guidelines on quarantine settings.

Authorities must also prevent indefinite detentions. They must ensure time limits for mandatory quarantine and isolation are limited to the minimum period necessary, as informed by evolving scientific evidence and best practice and given clear information about the length and process of their detention.