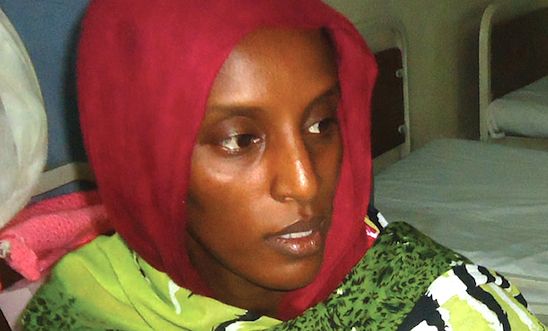 Today’s release of Meriam Yehya Ibrahim, a Christian Sudanese woman sentenced to death by hanging for “apostasy” and to flogging for “adultery”, is a step towards undoing the horrific injustice visited on her, said Amnesty International this evening.

Meriam was released from Omdurman Woman’s Prison today after an appeal court found her not guilty of both charges. She is now with her husband and her two children.

“Today’s ruling is a small step to redressing the injustice done to Meriam.

“However, she should never have been prosecuted. Meriam was sentenced to death when eight months pregnant for something which should not be a crime. Furthermore, her abhorrent treatment, including being shackled, violated international human rights law against ill-treatment.”

Meriam’s case prompted more than a million Amnesty supporters to take action calling for her immediate and unconditional release and Sarah Jackson added:

“Amnesty International would like to pay tribute to all those who contributed to this massive showing of support. Their letters showed the Sudanese authorities that people around the world were outraged by Meriam’s ordeal.

“Amnesty International will continue to urge the Sudanese authorities to repeal provisions that criminalise acts of apostasy and adultery so that nobody else in Sudan has to endure the same ordeal as Meriam, and to establish a moratorium on executions as a first step towards abolishing the death penalty.”