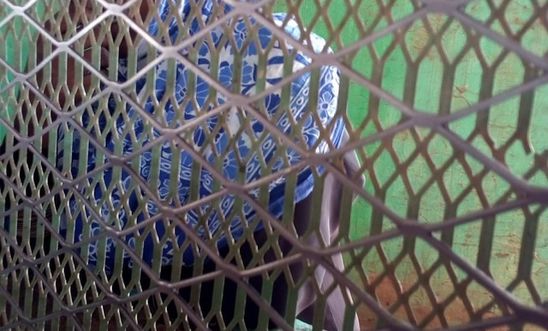 Sudanese law allows children over age of ten to be married

A Sudanese court’s sentencing of a 19-year-old woman to death for killing her rapist husband in self-defence “is an intolerable act of cruelty”, said Amnesty International today.

Noura Hussein was given the death sentence earlier today for killing Abdulrahman Mohamed Hammad, the man her father forced her to marry when she was 16 years old. Sudanese law allows the marriage of children over the age of ten.

The first marriage ceremony involved the signing of a marriage contract between her father and Mr Hammad, while a further ceremony took place in April 2017, when Noura Hussein was forced to move into her husband’s home after completing high school. When she refused to consummate the marriage, Hammad arranged for two of his brothers and a male cousin to help him rape her.

On 2 May last year, the three men held Noura Hussein down while Hammad raped her. The next morning he tried to rape her again but she managed to escape to the kitchen where she grabbed a knife. In the ensuing scuffle, Hammad sustained fatal knife wounds.

Noura Hussein then fled to her family home, but her father handed her over to the police, who opened a case against her. A medical examination report from the fight with Hammad indicated she’d sustained several injuries, including a bite and scratches.

At her trial last July, the judge applied an outdated law which did not recognise marital rape. She was charged under the 1991 Criminal Act and found guilty of intentional murder. She has been held in the Omdurman Women’s Prison since last May.

"Noura Hussein is a victim and the sentence against her is an intolerable act of cruelty.

"Noura Hussein's life-long wish was to become a teacher but she ended up being forced to marry an abusive man who raped and brutalised her.

"The death penalty is the ultimate cruel, inhuman and degrading punishment and to apply it to a rape victim only highlights the failure of the Sudanese authorities to acknowledge the violence she endured.

"The Sudanese authorities must quash this grossly unfair sentence and ensure that Noura Hussein gets a fair retrial that takes into account her mitigating circumstances."

Amnesty opposes the death penalty in all cases without exception regardless of the nature or circumstances of the crime; guilt, innocence or other characteristics of the individual; or the method used by the state to carry out the execution. As of today, 106 countries have abolished the death penalty for all crimes and more than two-thirds of the world’s countries are abolitionist in law or practice.