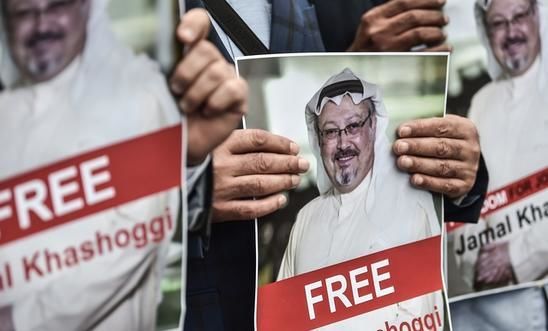 Amnesty International has said the Saudi Arabian public prosecution’s finding that Saudi journalist Jamal Khashoggi died after a “fist-fight” inside the Saudi consulate in Istanbul earlier this month is not trustworthy.

“We are shocked and saddened by the dreadful news confirming the death of Jamal Khashoggi inside the Saudi consulate.

“The investigation findings by the Saudi authorities claiming that Khashoggi died as a result of a ‘fist-fight’ inside the consulate are not trustworthy.

“We call on the Saudi Arabian authorities to immediately produce Jamal Khashoggi’s body so an autopsy can be performed by independent forensic experts in accordance with international standards. They must similarly produce for independent investigation any other evidence they have on the killing of Khashoggi to establish the circumstances surrounding his death.

“The Turkish government must now request that the UN Secretary General order an urgent investigation into Khashoggi’s death and the circumstances surrounding it. His family and the world deserve the full truth about what happened to him, and those responsible, however high their rank or status, must face justice.

“An independent investigation will be the only guarantee against what increasingly appears to be a Saudi whitewash surrounding the circumstances of Khashoggi’s murder or any attempts by other governments to sweep the issue under the carpet to preserve lucrative arms deals and other business ties with Riyadh.

“This appalling assassination within the grounds of the consulate amounts to an extrajudicial execution. It has sent a shockwave among Saudi Arabian human rights defenders, journalists and dissidents everywhere by reinforcing the notion that Saudi Arabia can act with total impunity using its embassies and consulates as safe havens from prosecution anywhere around the world.”

International expert bodies have developed detailed professional procedures for investigating cases of possible torture and extrajudicial executions in accordance with human rights law and standards. These include the Revised United Nations Manual on the Effective Prevention and Investigation of Extra-legal, Arbitrary and Summary Executions (Minnesota Protocol) and the Manual on the Effective Investigation and Documentation of Torture and Other Cruel, Inhuman or Degrading Treatment or Punishment (the Istanbul Protocol).

Following the announcement of the Saudi public prosecution’s investigation findings today, King Salman issued royal decrees terminating the services of several high-level officials and officers, including Saud al-Qahtani, an advisor at the royal court and Ahmed Assiri, the deputy head of Saudi Arabia’s General Intelligence Presidency. The public prosecution continues its investigation with 18 Saudi nationals detained over the death of Khashoggi.