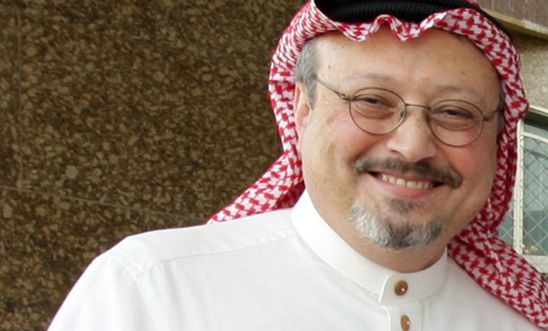 At least 30 prisoners of conscience held, women’s rights activists still in jail and Khashoggi trial is shrouded in secrecy

One year since the extrajudicial execution of the Saudi journalist Jamal Khashoggi, a crackdown in the country on human rights defenders, journalists and civil society groups is continuing unabated, said Amnesty International.

Khashoggi was reportedly strangled moments after entering the Saudi consulate in Istanbul on 2 October 2018.

A report released in June by Agnes Callamard, the UN’s Special Rapporteur on Extrajudicial, Summary or Arbitrary Executions, found that Khashoggi was the victim of “an extrajudicial killing for which the state of Saudi Arabia is responsible under human rights law”.

In comments recently broadcast, Saudi Arabia’s Crown Prince, Mohammed bin Salman, has admitted for the first time that he bears responsibility for Khashoggi’s murder “because it happened under my watch”. However, Saudi Arabia failed to cooperate with Ms Callamard during her investigation.

Meanwhile, an ongoing trial in Saudi Arabia of 11 suspects charged over Khashoggi’s killing, which began in January, has been closed to the public. Other than the attendance of diplomats, no independent monitoring of proceedings has been permitted. Five suspects face the death penalty. To date, no information has emerged relating to case investigation, including whether the accused have had adequate access to legal counsel and other fair trial guarantees. Meanwhile, the location of Khashoggi’s remains are still unknown.

To date, Amnesty has documented at least 30 cases of prisoners of conscience in Saudi Arabia serving prison sentences of up to 30 years for peacefully exercising their rights to freedom of expression, association and peaceful assembly. In the past year, women human rights defenders have also been put on trial for their campaigning for women’s rights. At least 14 civil society activists, writers and family members of detained activists, were also arbitrarily detained almost six months ago and are still held without charge.

Amnesty has documented severe shortcomings within the Saudi criminal justice system - including long periods of detention without charge or trial, lack of access to legal counsel during investigation, use of vague and uncodified laws, and pressure on detainees to sign “confessions” and accept predetermined prison sentences to avoid prolonged arbitrary detention. The lack of independence, transparency and fairness of the judiciary means the Saudi criminal justice system falls well below international human rights law and standards.

“Any talk of assuming responsibility for Jamal Khashoggi’s killing is meaningless if not met with the immediate and unconditional release of dozens of individuals who continue to languish in prison, and who continue to be at risk of torture and other ill-treatment, solely for having expressed their opinion in a peaceful manner.

“Mohammed bin Salman’s taking responsibility for Jamal Khashoggi’s killing will just be yet another failed PR stunt if it is not met with meaningful, concrete and immediate action.

“This must include an immediate end to the crackdown and the release of all human rights defenders, and the prompt and unrestricted access to independent human rights monitors into the country - including to observe and publicly report on the ongoing trial into the case of Jamal Khashoggi’s killing.”

In Saudi Arabia the death penalty has been used as a political weapon against the Shia minority, including in a mass execution of 37 men - most of who were Shias - earlier this year. At least 14 others executed were convicted of offences relating to their participation in anti-government demonstrations in the Shia-majority Eastern Province between 2011 and 2012. The 14 men were subjected to prolonged pre-trial detention and told the court they were tortured during their interrogation in order to extract “confessions” from them. Among those executed was Abdulkareem al-Hawaj, a young Shia man arrested at the age of 16 and convicted of offences related to his involvement in anti-government protests.

To mark the one-year point since Jamal Khashoggi’s murder, Amnesty UK is hosting the launch of a major new book on Khashoggi’s life and death by Channel 4 News journalist Jonathan Rugman. The event, which is free, takes place tomorrow in London - full details here.