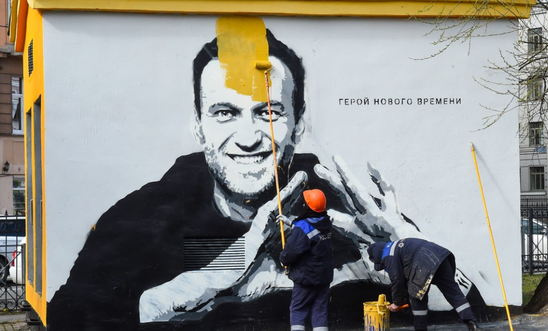 Opposition leader accused of embezzlement and contempt of court

“This sham trial, attended by prison guards rather than the media, breaks international human rights law and clearly deprives Navalny of his right to a fair trial.

“Aleksei Navalny was detained under politically-motivated charges and should never have been imprisoned in the first place.

“A closed-door trial without public access only makes one more suspicious about new human rights violations the Russian authorities are trying to hide.

“They must ensure Navalny’s right to a fair trial is upheld by making it accessible to the public and held in accordance with domestic and international law.”

Aleksei Navalny has been charged with alleged contempt of court and the embezzlement of more than £26,000, which prosecutors say he took from donations to organisations he founded.

The hearing will take place in penal colony IK-2 in Pokrov, located about 60 miles east of Moscow. The court did not explain why the trial would be held in prison and failed to explain how witnesses, journalists or Navalny’s defence team could attend the heavily restricted facility.

Navalny is currently serving a two-and-a-half-year sentence on trumped-up, politically-motivated charges, which the European Court of Human Rights has described as “arbitrary and manifestly unreasonable”. His current jail term is just one of a raft of measures taken against him and his supporters in the past year. If convicted under the new charges, Navalny faces up to 15 years in prison.