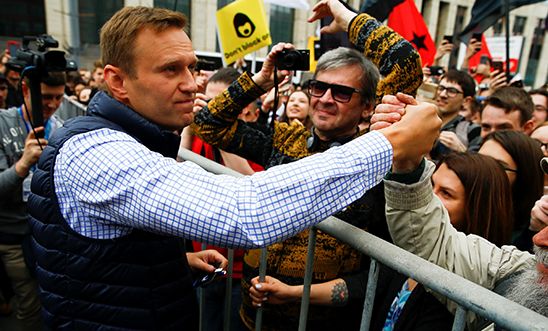 ‘The Russian authorities must immediately and unconditionally release him’ - Natalia Zviagina

Responding to news that Russian opposition leader Aleksei Navalny was re-arrested today, minutes after leaving a detention centre where he had spent 30 days under “administrative arrest” for attempting to exercise his right to freedom of expression and peaceful assembly, Natalia Zviagina, Director of Amnesty International’s Russia Office, said:

“He is a prisoner of conscience who has not committed any crime.

“The Russian authorities must immediately and unconditionally release him, and fully respect his right to freedom of expression and peaceful assembly.”

Aleksei Navalny is the founder and leader of the Anti-Corruption Foundation and the unregistered Progress Party.

He was arrested by the police earlier today immediately after being released from a detention facility in Moscow where he had served a 30-day sentence for calling for an unauthorised demonstration in the Russian capital in January.