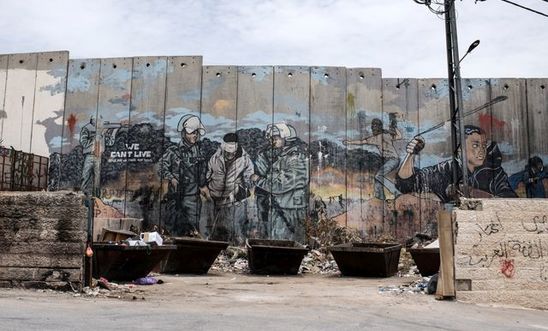 Fatou Bensouda’s announcement welcomed, but lengthy delays over territorial jurisdiction must be avoided

Responding to today’s announcement from Fatou Bensouda, the International Criminal Court’s prosecutor, that a preliminary examination into Palestine has concluded that war crimes have been committed in the Occupied Palestinian Territories and that “all the statutory criteria under the Rome Statute for the opening of an investigation have been met”, Philip Luther, Amnesty International’s Middle East Research and Advocacy Director, said:

“Today’s decision by the Prosecutor of the International Criminal Court is a historic step towards justice after decades of war crimes and other crimes under international law committed in the Occupied Palestinian Territories.

“This announcement offers a crucial opportunity to break the cycle of impunity for war crimes and crimes against humanity.

“An International Criminal Court investigation paves the way for the thousands that have suffered as a result of these crimes to finally gain long overdue access to truth, justice and reparation.”

However, before proceeding with an investigation the prosecutor has sought confirmation from the ICC’s judges “as swiftly as possible” that the territory over which the court may exercise its jurisdiction comprises the West Bank, including East Jerusalem, and the Gaza Strip.

“It has already been five years since the preliminary examination of the situation in Palestine was announced, and it is vital that the International Criminal Court’s judges reach a conclusion swiftly and avoid further delays.

“For over half a century, those suspected of criminal responsibility for crimes under international law, including war crimes, have been allowed to escape justice for atrocities committed in the Occupied Palestinian Territories.”

On 1 January 2015, the State of Palestine lodged a declaration accepting the jurisdiction of the ICC over alleged crimes committed in the “occupied Palestinian territory, including East Jerusalem, since June 13, 2014”. On 16 January 2015, the ICC prosecutor announced the opening of a preliminary examination into the “situation in Palestine” in order to establish whether the Rome Statute criteria into opening an ICC investigation were met.

For years, Amnesty and others have gathered and published compelling evidence that war crimes and other crimes under international law have been committed by Israel and Palestinian armed groups. Amnesty has been calling for the ICC prosecutor to investigate crimes committed by all parties to the armed conflict.