Malaysia: Threat to force 269 Rohingya boat people back to sea is a 'new low' 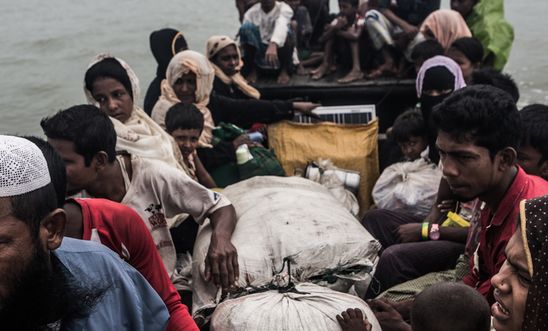 Vessel landed at Langkawi island on 8 June, with woman’s dead body and many survivors barely able to walk

Coastguard says it has pushed other boats back out to sea

‘This is an unprecedented and dangerous situation. It will not be accepted by the international community’ - Anna Shea

Responding to reports that the Malaysian authorities are planning to force 269 Rohingya people back into exile on dangerous open waters after they landed on the island of Langkawi earlier this month, Anna Shea, Amnesty International’s Researcher on Refugee and Migrant Rights, said:

“This news is a new low, which shows just how urgent a regional solution has become.

“The Government did the correct and humane thing when it allowed hundreds of women and men to disembark in early June.

“Instead of levelling threats against desperate people, Malaysia should resolve this issue with its regional partners.

“This is an unprecedented and dangerous situation. It will not be accepted by the international community.”

Yesterday, security sources told journalists that the Malaysian authorities were planning to send back the 269 Rohingya people who had landed at Langkawi on 8 June. The authorities have reportedly said the boat would be repaired and provisioned before being sent out to sea, although it was not clear if they would be responsible for doing so.

At the time of the boat landing at Langkawi, the Malaysian authorities said that they had found the body of a woman on board the vessel and that many of the survivors could barely walk. Further reports have indicated that other people on board died during the journey.

Since 8 June, the Malaysian coastguard chief says it has pushed another boat back out to sea. The boat was said to be in Thai waters, but the Thai Navy reported that they had not located a boat.

Ongoing crimes against humanity in Myanmar

There are ongoing crimes against humanity against the estimated 600,000 Rohingya people still living in Rakhine State in Myanmar. After several waves of brutal military operations which forced them to flee, nearly one million Rohingya now live in crowded refugee camps in Bangladesh, dependent on humanitarian assistance for their survival.