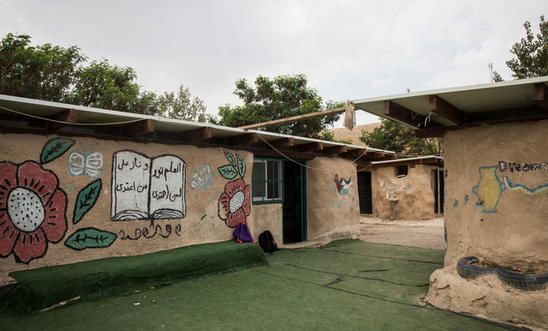 ‘This act is not only heartless and discriminatory, it is illegal’ - Saleh Higazi

Today’s planned demolition by Israeli forces of a West Bank village and the forcible transfer of its residents to make way for illegal Jewish settlements is a war crime, Amnesty International said.

Some 180 residents of the Bedouin community of Khan-al Ahmar, east of Jerusalem, face being forcibly evicted and transferred by the Israeli army. The Israeli authorities have offered the villagers a choice of two possible destinations: a site near the former Jerusalem municipal rubbish tip, close to the village of Abu Dis, or a site in the vicinity of a sewage works near the city of Jericho.

Khan al-Ahmar, home to the Jahalin Bedouin tribe, is surrounded by several illegal Israeli settlements. For more than 60 years, members of the tribe have been struggling to maintain their way of life. Forced from their lands in the Negev/Naqab desert in the 1950s, they have been continually harassed and forced to resettle by successive Israeli governments.

Last August, Israeli Defence Minister Avigdor Lieberman announced that the government would forcibly evacuate the entire community within several months. Israel’s Supreme Court has twice ruled in favour of demolishing the entire village, first on 24 May, and again on 5 September following desperate appeal by residents. The demolition order includes the village’s school, which provides education for around 170 children from five different Bedouin communities.

The Supreme Court ruled that the village was built without relevant building permits, even though these are impossible for Palestinians to obtain in Israeli-controlled areas of the West Bank known as Area C. Yesterday, Amnesty, alongside Jewish Voice for Peace, launched a targeted social media campaign targeting the Coordinator of Government Activities in the Territories, an Israeli Defence ministry unit responsible for implementing government policy in Area C.

Israel’s policies of settling Israeli civilians in the Occupied Palestinian Territories, wantonly destroying property and forcibly transferring Palestinians living under occupation, violate the Fourth Geneva Convention and are war crimes listed in the statute of the International Criminal Court. Since 1967, Israel has forcibly evicted and displaced entire communities and demolished more than 50,000 Palestinian homes and structures.

“This act is not only heartless and discriminatory, it is illegal.

“After nearly a decade of trying to fight the injustice of this demolition, the residents of Khan al-Ahmar now approach the devastating day when they will see their home of generations torn down before their eyes.

“The forcible transfer of the Khan al-Ahmar community amounts to a war crime.

“Israel must end its policy of destroying Palestinians’ homes and livelihoods to make way for settlements.”