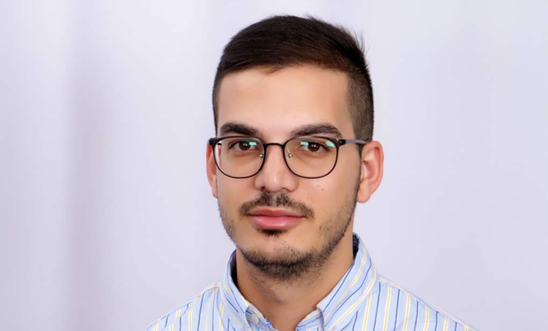 For past six months, Israel has barred Laith Abu Zeyad from travelling for undisclosed ‘security reasons’

Campaigner prevented from seeing his dying mother in December

Amnesty International has today submitted a petition to the Jerusalem District Court seeking to have a travel ban imposed by the Israeli authorities on one of its staff members lifted.

Since October, Laith Abu Zeyad, a campaigner and a Palestinian living in the occupied West Bank, has been barred from travelling abroad by the Israeli authorities for undisclosed “security reasons”.

Amnesty’s court petition names the Military Commander of the West Bank, the Civil Administration, and the Israel Security Agency as respondents. It seeks to have the travel ban lifted. Amnesty’s previous attempts to repeal the ban through administrative channels have been rejected

“The notion that Laith Abu Zeyad poses a security threat is shameless and absurd. He does not know the details of the allegations against him, so he has no meaningful way to challenge them.

“The Israeli authorities are most likely reacting to Laith’s criticism of their abysmal human rights record, and are making baseless allegations which aim to discredit him.

“This arbitrarily-imposed travel ban prevents Laith from doing his work and has also had devastating personal consequences.

“In December, Laith was banned from visiting his mother, who was suffering from cancer, and as a result he did not get the opportunity to see her before her death.

“This is a time of great uncertainty for people the world over. But for Palestinians living in the occupied West Bank, measures imposed in the name of containing the coronavirus are exacerbated by the arbitrary, cruel and unnecessary restrictions that already affect every aspect of their daily lives.

“We are asking the court to lift the punitive travel ban on Laith Abu Zeyad, and are urging the Israeli authorities to stop abuses against Palestinian human rights activists.”