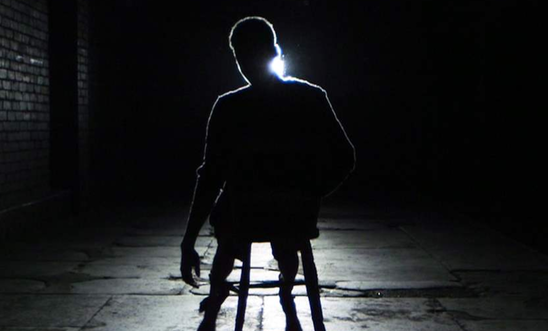 The legally-sanctioned torture of a Palestinian man by Israel’s security agency Shin Bet has been condemned as “utterly outrageous” by Amnesty International.

Samir Arbeed was arrested last Wednesday on suspicion of being involved in the killing of a 17-year-old Israeli girl Rina Shnerb near the West Bank settlement of Dolev on 23 August.

According to Israeli media reports and Samir’s lawyer, a “judicial body” granted Shin Bet special permission to “use exceptional ways to investigate” in his case, effectively sanctioning the use of methods amounting to torture during his interrogation. Upon his arrest, Arbeed was badly beaten by the Israeli forces and then tortured during interrogation.

According to his lawyer - Mahmoud Hassan of the Addameer rights group - Arbeed appeared in the Ofer military court the day after his arrest with visible bruises and told the judge he was in pain and unable to eat. Despite this, the torture continued. On Saturday, Arbeed was transferred to hospital after losing consciousness. He was admitted with broken ribs and kidney failure and is currently in a critical condition on a respirator.

Arbeed was first arrested - along with three others - by Shin Bet on 26 August in connection with Shnerb’s murder. On 2 September, a military court issued a three-month administrative detention order against him, but during a later hearing his released was ordered. On 25 September, a special unit of Israeli forces re-arrested Arbeed, beating him during arrest. He was taken to Shin Bet’s interrogation centre at the Russian Compound in Jerusalem and denied access to his lawyer.

In 1999, Israel’s Supreme Court ruled that while torture and other ill-treatment were generally prohibited, Shin Bet interrogators who used what the court described as “physical interrogation methods” in “ticking time-bomb” situations may be exempted from criminal prosecution or even investigation. Since then, Shin Bet operatives have tortured hundreds of Palestinians, citing the “ticking bomb” scenario.

The Israeli Justice Ministry has launched an investigation into Arbeed’s torture, though historically no-one has ever been prosecuted for abuse in these circumstances.

“It is utterly outrageous that the use of torture during interrogations continues to be sanctioned by the Israeli authorities, from the Shin Bet, through the executive branch and all the way to the Supreme Court.

“Under international treaties, which legally bind Israel, the use of torture cannot be justified under any circumstances. This case exposes Israel’s claims that its judiciary upholds human rights as a complete sham.

“Targeting civilians and killing them is a war crime. There is no doubt that those who perpetrate such killings and other abuses should be held accountable for their actions. But resorting to torture during interrogation is also a reprehensible crime.

“The Israeli authorities must end their systematic use of torture and ensure that those responsible for the torture of Samir Arbeed - including those with command and other superior responsibility - are held to account.”

An earlier version of this article referred to Samer Arbeed as a member of Popular Front for the Liberation of Palestine (PFLP) . Although Israeli authorities describe him as such this claim is in fact disputed and has been removed from the article. The article has also been amended to reflect that he was seen with visible bruises at the Russian compound (not Ofer military court as previously stated) and to correct the date of his transfer to hospital to 27 September.