Israel/OPT: annexation plan is 'law of the jungle' 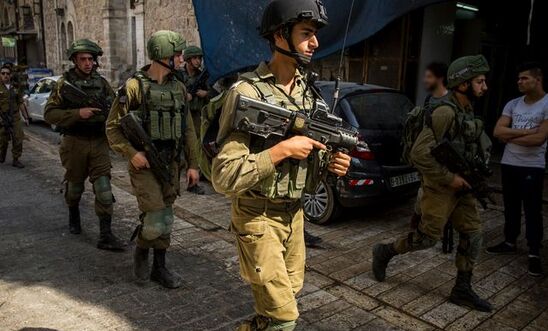 Annexation could begin as early as today

International law is ‘crystal clear’ that annexation is unlawful

The Israeli authorities must immediately abandon plans to further “annex” territory in the occupied Palestinian West Bank, said Amnesty International today, warning the move represents the “law of the jungle”.

Amnesty is calling on the international community to take firm action against the annexation proposal.

The UK Government, which has said it opposes the annexation plan, has not specified what action it would be prepared to take if the annexation nevertheless goes ahead. Amnesty is calling on the UK to clarify the consequences of an Israeli annexation, urging the UK to ban the trade in goods from Israel’s illegal settlements “as a minimum”.

The annexation, which could reportedly include as much as a third of the total area of the West Bank being taken over by the Israeli authorities - including existing illegal Israeli settlements and the Jordan Valley - could begin as early as today (1 July).

Annexation is the claim to acquire territory by force and is a flagrant violation of international law. Such a step by Israel would violate the UN Charter, norms of international law and obligations under international humanitarian law. Under domestic Israeli law, moves towards further “annexation” of Palestinian territory would mean a continuation of Israeli settlement expansion. It would also further entrench policies of institutionalised discrimination and mass human rights violations faced by Palestinians in the Occupied Territories.

“International law is crystal clear on this matter - annexation is unlawful.

“Israel’s continued pursuit of this policy further illustrates its cynical disregard for international law. Such policies do not change the legal status of the territory under international law and its inhabitants as occupied nor remove Israel’s responsibilities as the occupying power - rather it points to the ‘law of the jungle’ which should not have a place in our world today.

“Members of the international community must enforce international law and restate that ‘annexation’ of any part of the occupied West Bank is null and void. They must also work to immediately stop the construction or expansion of illegal Israeli settlements and related infrastructure in the Occupied Palestinian Territories as a first step towards removing Israeli civilians living in such settlements.

“Settlements are created with the sole purpose of permanently establishing Jewish Israelis on occupied land; this is a war crime under international law and ‘annexation’ has no bearing on this legal determination.”

“UK ministers have said they oppose annexation, just as they’ve always said they opposed the settlements - but they need to be clear that rogue behavior from Israel of this magnitude needs a resounding response.

“As a minimum, we want to see the UK stopping goods from Israel’s illegal settlements from entering the UK market, and stopping UK companies from operating in the settlements or trading in settlements goods.

“Settlement goods are tainted by military occupation and illegality - it’s time the UK banned them.”

Last week, Amnesty sent a petition of 300,000 signatures to TripAdvisor’s CEO Stephen Kaufer calling on the online travel company to discontinue its operations in the settlements and “send a clear message that it will no longer contribute to human rights violations”.

The Israeli authorities’ policy of settling civilians in occupied Palestinian territory and displacing the local Palestinian population contravenes fundamental rules of international humanitarian law. Article 49 of the Fourth Geneva Convention states that “The Occupying Power shall not deport or transfer parts of its own civilian population into the territory it occupies.”  It also prohibits the “individual or mass forcible transfers, as well as deportations of protected persons from occupied territory”.

Transferring the occupying power’s civilians into the occupied territory is a war crime. Furthermore, the settlements and associated infrastructure are not temporary, do not benefit Palestinians and do not serve the legitimate security needs of the occupying power. Settlements entirely depend on the large-scale appropriation and/or destruction of Palestinian private and public property which are not militarily necessary.

‘Deal of the century’

On 20 April, following Israel’s third elections in ten months, Israeli Prime Minister Benjamin Netanyahu and his political rival Benny Gantz formed a coalition government under a unity deal. The deal included an agreement which would allow Israel’s government to start the domestic process of “annexing” parts of the occupied West Bank that include Israeli settlements and the Jordan Valley. Israel’s “annexation” plans follow the announcement in January of Donald Trump’s so-called “deal of the century” which proposed areas of the occupied West Bank be annexed by Israel.

Amnesty has said the Trump Administration’s plan would serve only to worsen human rights violations in the region, and has called on the international community to reject it and any other proposal seeking to undermine the inalienable rights of the Palestinian people, including the right of return of Palestinian refugees. Amnesty is also calling on governments to offer their full political and practical support to the International Criminal Court as it decides on its jurisdiction over the “situation in Palestine”.