Israel: reports of police using NSO spyware against citizens must be investigated 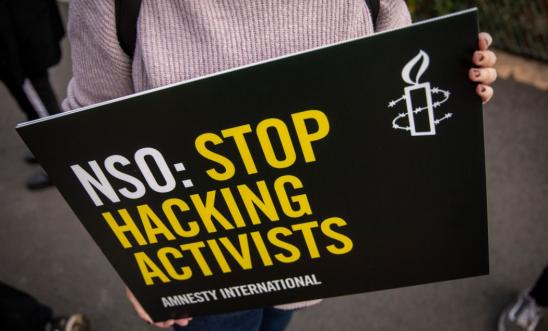 “This important exposé, if accurate, must cause a serious reaction, both in Israel and around the world.

“Although the news does not come as a surprise, the details are shocking and raise significant concerns.

“As Amnesty International has previously documented, no-one is safe from Pegasus spyware. These revelations are further proof that journalists, politicians, lawyers, activists and human rights defenders are all at risk from secretive surveillance.

“We must not believe those who have insisted for years that Pegasus is strictly used against ‘legitimate targets’ outside of Israel, and that there is no way to prevent the abuse of this cyber weapon.

“These revelations demonstrate yet again why there is an urgent need for a commitment from governments to stop any forms of surveillance that breaches human rights and the need for a global moratorium on the export, sale, transfer and use of surveillance equipment until a robust human rights-compliant regulatory framework is in place.

“The entire cyber-surveillance industry must be under tighter scrutiny, and so too should all of the Israeli security industry.”