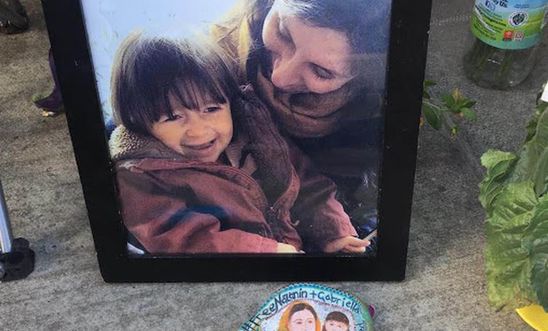 Amnesty International campaigners will be joining Richard Ratcliffe outside the Iranian Embassy in London tomorrow (Saturday 22 June, 12-2pm) to show solidarity with him as his hunger strike over his detained wife’s plight enters its eighth day.

Since last Saturday, Mr Ratcliffe has been maintaining a constant presence outside the embassy in protest at the ongoing detention of his wife Nazanin Zaghari-Ratcliffe, the British charity worker who is unfairly jailed in Iran and is herself on hunger strike.

Ratcliffe’s high-profile protest has already gained widespread support, including from numerous Westminster politicians, while Iranian officials at the embassy have criticised the demonstration and attempted to interfere with it - including by erecting a large steel barrier in front of the embassy.

From noon tomorrow, Amnesty UK Director Kate Allen and other Amnesty activists will take part in a “stone-painting for Nazanin” exercise. Richard Ratcliffe has invited attendees to paint a stone for his wife, with the stones to be placed on the steps of the embassy. These will also contribute to a collection of painted stones held by Mr Ratcliffe that he intends to share with his wife after her release and return home.

The event comes just days after the fifth birthday of the couple’s daughter Gabriella, who has not been able to return to the UK since her mother’s arrest in April 2016. Earlier this year, the Foreign Secretary Jeremy Hunt announced the UK Government had invoked “diplomatic protection” status for Zaghari-Ratcliffe, meaning her ongoing detention had become the basis of a formal dispute between the two countries.

“I’m returning to the Iranian Embassy to show solidarity with Richard in this heart-breaking situation.

“Richard’s protest has been conducted with great dignity in very challenging circumstances - and it’s now time for the Iranian authorities to resolve this case once and for all.

“As we’ve said over and over, Nazanin is the victim of a terrible miscarriage of justice and the Iranian authorities should release her immediately and unconditionally.”