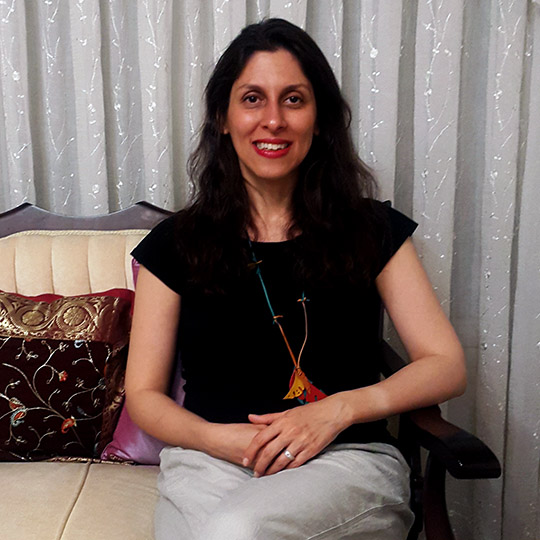 Ahead of the four-year point (3 April) since the arrest and detention in Iran of British national Nazanin Zaghari-Ratcliffe, Kate Allen, Amnesty International UK’s Director, said:

“Though there have been some encouraging signs in the past few days, it’s still bitterly disappointing that we’re about to reach this incredibly sad milestone in Nazanin’s case.

“Hopes for Nazanin’s release have been raised only to be dashed over and over again - an utterly draining experience for Nazanin and her family.

“The fundamentals of this case have never changed - Nazanin is a prisoner of conscience who was convicted after a deeply unfair trial and should never have been behind bars at all.

“We’re once again calling on the Iranian authorities to end Nazanin’s ordeal and finally allow her to return to her family in the UK, as soon as she’s well enough to travel and as soon as any coronavirus travel restrictions allow.”

Earlier this week, the family of the UK-Iranian dual-national Kamal Foroughi announced that the former businessman who had been detained in Iran for many years after an unfair trial had arrived back in the UK.

Amnesty’s campaign for Zaghari-Ratcliffe’s release has been supported by almost a quarter of a million people.

Last month, Nazanin Zaghari-Ratcliffe - like numerous prisoners in Iran - was released on a temporary basis after fears that coronavirus could infect large numbers of detainees in Iran’s overcrowded jails. Since being allowed out of Tehran’s Evin Prison, she has been required to wear a security device limiting her to within 300 metres of her parents’ home in the capital. Last weekend, Zaghari-Ratcliffe’s temporary release was extended for a further two weeks, while her case is reportedly now being considered for clemency by the Iranian prosecutor-general.

Zaghari-Ratcliffe, 41, was arrested at Imam Khomeini airport in Tehran on 3 April 2016 as she was about to board a plane back to the UK following a family holiday in Iran. After being detained for over five months, initially for 45 days in solitary confinement without access to a lawyer, Zaghari-Ratcliffe was subjected to a deeply unfair trial and sentenced to five years in prison after being convicted of “membership of an illegal group”. The charges appear to relate to her employment at Thomson Reuters Foundation, a charity organisation, as well as her past work as an administrative assistant on a BBC charity project.