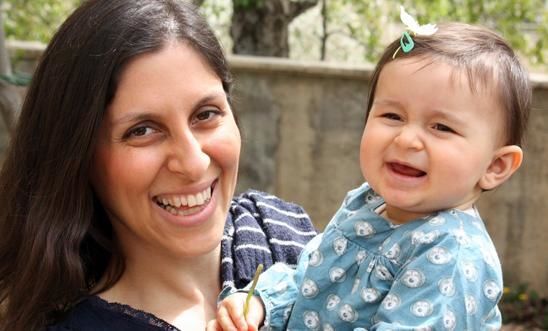 Responding to reports that the British-Iranian national Nazanin Zaghari-Ratcliffe has been given a new jail sentence of one-year for “propaganda against the system” following a hearing before an Iranian Revolutionary Court in Tehran last month, Kate Allen, Director at Amnesty International UK, said:

“This is terrible news, and further proof of the incredible cruelty of the Iranian authorities.

“We fear that going back to jail will be almost too much for Nazanin to bear.

“After yet another sham trial and another harsh sentence it’s time, surely, for the UK government to say enough is enough.

“In the strongest terms possible, the Government must call on the Iranian authorities to immediately and unconditionally release Nazanin and allow her to return home.

“This prolonging of Nazanin’s suffering has raised the odds to such a degree that the UK government must surely now act. The ball is back in the UK’s court and it needs to respond firmly.

“Today is a terrible setback - there’s no doubt about that. But rest assured, the campaign to free Nazanin won’t end until she’s out of jail, out of the country, and sitting on a flight back to Britain.”

On 7 March, Zaghari-Ratcliffe, 42, had her ankle security tag removed at the end of the five-year sentence she served following an unfair trial in 2016. However, on the same day she was also given a summons to appear at a Revolutionary Court on 14 March in relation to a fresh case again her. At this hearing, her lawyer was told there would be a verdict from the court within a week. The day after Zaghari-Ratcliffe’s ankle tag was removed, Kate Allen accompanied Nazanin’s husband Richard, their daughter Gabriella and Nazanin’s brother Mohamed in a protest outside the Iranian Embassy in London. Mr Ratcliffe attempted to deliver a 160,000-signature Amnesty petition calling for his wife’s release to the embassy, but officials refused to accept it.

There are longstanding concerns that the UK government has failed to prioritise Zaghari-Ratcliffe’s case or the cases of other UK nationals held in Iran. At the time of her original arrest, UK officials advised Zaghari-Ratcliffe’s family they should remain quiet about the detention. Earlier this year, Richard Ratcliffe was similarly told by UK officials he should stop talking publicly about his wife’s anticipated release date. More generally, Mr Ratcliffe has labelled the UK’s inability to secure his wife’s freedom a “failure of diplomacy”.

Amnesty fears that Zaghari-Ratcliffe’s treatment may be part of a wider pattern by the Iranian authorities of using imprisoned UK nationals to exert diplomatic leverage, as previously stated by the UN Special Rapporteur on the situation of human rights in Iran, a tactic the UK foreign secretary has recently condemned. The Austrian-Iranian mechanical engineer Massud Mossaheb and the Swedish-Iranian medical academic Ahmadreza Djalali are among those currently imprisoned following grossly unfair trials, while Amnesty has recently highlighted the case of UK-Iranian dual-national Mehran Raoof, a trade union activist also arbitrarily detained in Iran since October.

Zaghari-Ratcliffe was arrested at Imam Khomeini airport in Tehran on 3 April 2016 as she was about to return to the UK after a family holiday. She was then held in solitary confinement for more than eight months, during which time she was subjected to a grossly unfair trial on trumped-up national security-related charges and sentenced to five years in jail. In 2017, a second court case was opened against her and later postponed. In March 2020, she was released on “furlough” from Tehran’s Evin Prison, but made to wear an ankle tag restricting her movements to within 300m of her parents’ home in Tehran.