Massud Mossaheb, a 73-year-old Austrian-Iranian dual national, is serving a 10-year prison term imposed after a grossly unfair trial for vague national security offences. He is being held in Tehran’s Evin prison and has serious medical conditions, including heart failure and diabetes. He is at heightened risk of severe illness or death if he contracts COVID-19. 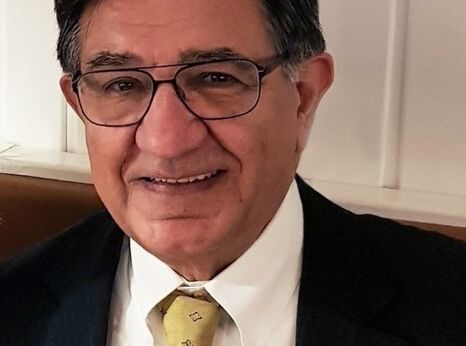 Massud Mossaheb, a 73-year-old Austrian-Iranian dual national, is serving a 10-year prison term imposed after a grossly unfair trial for vague national security offences. He is being held in Tehran’s Evin prison and has serious medical conditions, including heart failure and diabetes. He is at heightened risk of severe illness or death if he contracts COVID-19.

Massud Mossaheb was in poor health prior to his imprisonment and regularly received medical treatment from specialists. According to information available to the organization from informed sources as well as a letter that Massud Mossaheb wrote to the authorities from inside prison on 5 August 2020 requesting medical treatment, he suffers from several serious medical conditions and has had numerous operations in the past. He suffers from heart disease; diabetes; kidney failure; fatty liver; and musculoskeletal problems of the knee, feet and back. He also suffers from recurrent episodes of the inflammatory bowel disease diverticulitis, for which he was due to have surgery to remove parts of his bowel when he was arrested in January 2019. He previously had a transient ischaemic attack, also called a "mini stroke", which is a serious condition where the blood supply to the brain is temporarily disrupted. In 2011, he suffered complications following the surgical removal of the prostate. Several years ago, his thyroid gland was surgically removed, and he is required to take thyroid medication. He has been denied access to adequate medical care and to specialist medical professionals outside prison. For a time, he was also denied access to his daily medication.

Massud Mossaheb is a mechanical engineer and has worked in the aerospace industry for decades. In recent years, he worked as a consultant with different companies, and was arrested in Tehran while he was accompanying a delegation representing Med Austron, a radiation therapy technology company which provides cancer treatment and research. In a joint venture with Iran, the company worked with the Austrian authorities and Iran’s ministry of health, ministry of foreign affairs and the Atomic Agency Organization of Iran to build a hospital providing ion therapy treatment. Massud Mossaheb was also one of the co-founders of the Iran-Austrian Friendship Society, which is a non-governmental group established in Austria to build closer ties with Iran.

After his arrest in January 2019 and during his detention in a hotel room, ministry of intelligence interrogators told him they had monitored and observed him for the past two decades and considered every trip and vacation he had taken to Iran during that time as a sign of espionage. Three days after his arrest, he was transferred to Section 209 of Evin prison, which is under the control of the ministry of intelligence, where his interrogators subjected him to torture and other ill-treatment including through the denial of his spectacles without which he is unable to see properly. He was not allowed any family visits until 16 April 2019. Around 50 days into his detention, he was moved from solitary confinement to an overcrowded cell in the quarantine section of the prison and is currently being held in Section 7 of the prison. On 29 July 2019, the authorities instructed Massud Mossaheb’s wife to bring a suit to prison for him to do a TV interview. They threatened him with solitary confinement if he failed to do the TV interview and forced him to wear the suit and to read “confession” statements, doing numerous takes in front of two cameras.

During Massud Mossaheb’s trial, which took place between 1 February and 26 April 2020, these forced “confessions” were used as admissible evidence against him. In the court verdict, the prosecution claimed that he had worked with the intelligence services of Israel and Germany for the past two decades, that he had used his position with the Iran-Austrian Friendship Society as a guise under which to carry out his activities and pass intelligence about Iran to Israel and Germany. They also alleged that he had received money as “financial compensation for his espionage services”. On 13 July 2020, his lawyer was told by the authorities that the verdict had been upheld and was final. On 11 August 2020, the spokesperson of the judiciary, Gholamhossein Esmaili, announced Massud Mossaheb’s conviction and sentence during his weekly press conference. This was followed by a propaganda video published on 13 August 2020 by the state-owned Islamic Republic of Iran Broadcasting which showed Massud Mossaheb forced “confessions”.

Amnesty International has previously expressed concern about the situation of prisoners in Iran during the COVID-19 pandemic, as the Iranian authorities have failed to sufficiently protect the country’s prison population. Leaked official letters have revealed that the Ministry of Health ignored repeated requests from the Prisons Organization for adequate resources to tackle the spread of the virus in prisons. According to the World Health Organization, prison populations are particularly exposed to infectious diseases like COVID-19 and conditions of detention can exacerbate the risks. These include the risk of higher transmission rates, especially in overcrowded prisons and when health systems are of poorer quality than in the community.