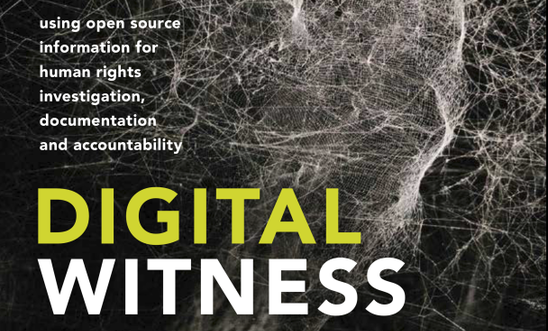 The book is the first of its kind © Oxford University Press

A groundbreaking new book on open-source investigation will be launched by an expert panel event being held at Amnesty International UK’s headquarters in east London on 26 February.

Recently, Amnesty and other organisations have used open-source investigation techniques to uncover human rights abuses in numerous locations, including the violent response to protests by security forces in Iran, Hong Kong and Iraq, as well as the devastating impact of airstrikes in Syria, Somalia and elsewhere.

Digital Witness, which will be on sale before and after the event, is edited Sam Dubberley, Alexa Koenig and Daragh Murray - all of whom will be at the launch event.