Gaza: Hamas crackdown on peaceful cost-of-living protests is most severe for a decade 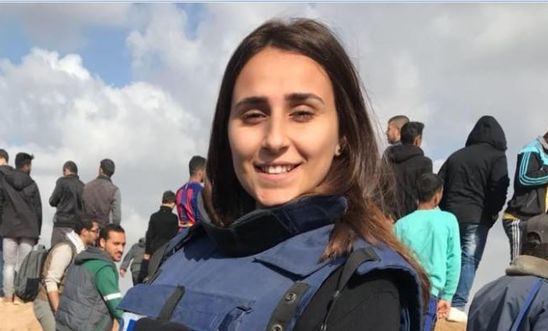 Amnesty International is calling on the Hamas security forces to halt their crackdown against peaceful Palestinian protesters and to investigate reports that numerous people have been physically assaulted before being detained and tortured.

The week-long crackdown (see timeline below), the most severe for more than a decade, has been targeted at those protesting against the cost of living in the Gaza Strip, as well as local journalists, activists and human rights workers.

Earlier today, an Amnesty research consultant - Hind Khoudary - was detained and interrogated by Ministry of Interior security forces for working with Amnesty. Her interrogation lasted for three hours during which four male interrogators subjected her to ill-treatment. Her interrogators used abusive language and warned her not to carry out human rights research, threatening to prosecute her for spying and being a foreign agent.

In all, hundreds of protesters have been subjected to beatings, arbitrary arrest and detentions, and torture and other forms of ill-treatment since 14 March, when Palestinians took to the streets across Gaza to protest against the rising cost of living and deteriorating economic conditions under the Hamas de facto administration.

“The crackdown on freedom of expression and the use of torture in Gaza has reached alarming new levels.

“Over the past few days, we have seen shocking human rights violations carried out by Hamas security forces against peaceful protesters, journalists and rights workers.

“The Hamas de facto administration must immediately launch an independent, thorough and transparent investigation into the unnecessary and excessive use of force, arbitrary arrest and detention, and torture and other ill-treatment by security forces.

“The authorities in Gaza have a duty to ensure that journalists and human rights defenders are free to carry out their work without threat, intimidation, or abuse; failure to protect such activities and deliberate interference in their work is a flagrant violation of international law.”

Timeline of the crackdown

The latest round of repression by Hamas began on 10 March, when 13 activists planning cost of living demonstrations were arrested during a private meeting at a house belonging to the activist Jihad Salem al-Arabeed in the town of Jabalya, in northern Gaza.

The arrest came after the group launched a social media campaign called “The revolt of the hungry” and “Down with price hikes”, calling for a protest in Jabalya on 14 March. Security forces stormed into the house without an arrest warrant, and the activists were subjected to torture and other ill-treatment in detention. On 12 March, they were released with a warning not to continue with their plans.

On 15 March, Hamas forces raided a house in Deir Al-Balah camp belonging to a local journalist, Osamah Al-Kahlout. Inside the house were the Director of the Independent Commission for Human Rights, Jamil Sarhan, and the group’s lawyer Baker Al-Turkmani. Both of these, who had been monitoring the protests, were beaten and hospitalised, and their mobile phones were confiscated. After identifying themselves to the security officers who raided the house, Sarhan and Turkmani were taken outside and repeatedly punched.

Meanwhile, several journalists across Gaza were beaten, detained and were forbidden from documenting the demonstrations. Many journalists, lawyers and NGO workers were reportedly summoned for interrogation after recording testimonies on the conduct of the Hamas police.