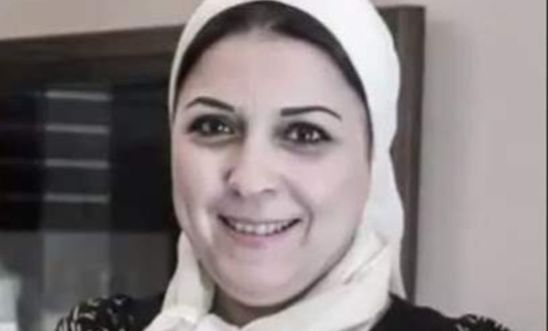 Esraa Abdelfattah abducted in a van on Saturday night, before ordeal in National Security Agency custody

A prominent Egyptian human rights defender and journalist has been tortured in detention after being abducted by members of the country’s National Security Agency at the weekend.

Esraa Abdelfattah was forced out of from her car by plain-clothed officials on Saturday night (12 October), before being taken in a van to an undisclosed place of detention, managed by the National Security Agency. She has told prosecution officials how she was then tortured.

Abdelfattah’s ordeal comes days after the detention and torture of the high-profile Egyptian blogger and activist Alaa Abdel Fattah.

Once in detention, a National Security Agency officer threatened Abdelfattah with torture after she refused to unlock her mobile phone. Several men then entered the room and began beating her about her head and body. The National Security Agency official then returned and again demanded she unlock her phone. After Abdelfattah again refused, the officer pulled off her sweatshirt and began strangling her with it - saying “your life in exchange for the phone” - until she gave him the password. The officer then handcuffed Abdelfattah’s hands and legs to prevent her from sitting or kneeling, keeping her in that position for almost eight hours. Another official said she would face more torture if she reported what had happened to a prosecutor.

Yesterday, despite her account of being tortured, a prosecutor ordered her detention for a further 15 days for investigation over “joining a terrorist group in achieving its goals”, “disseminating false news” and “misusing social media”. The prosecutor did not produce any evidence against her other than a National Security Agency investigation case file that neither she nor her lawyers were able to examine.

Amnesty believes the charges against Abdelfattah are completely unfounded.

Her case is part of a wider one that includes human rights defenders such as lawyer Mahienour el-Massry, politician Khalid Dawoud and political science professor Hassan Nefea. Like them, Abdelfattah has been questioned about her previous political activism.

Abdelfattah is one of a series of prominent human rights defenders to have been rounded up since the country’s 20 September protests. In 2015, she was among the first human rights defenders in Egypt to face a travel ban, when she was prevented from boarding a plane at Cairo airport and told there was a travel ban decision against her in relation to an NGO foreign funding case known as “case 173”.

“Esraa Abdelfattah’s appalling treatment sends a clear message to the international community that Egyptian authorities will stop at nothing to terrorise perceived dissidents into silence.

“The manner of her arrest - being abducted by plain-clothed officers and taken away in a van in public - marks an alarming new trend in the way Egyptian authorities target human rights defenders.

“Esraa Abdelfattah has been targeted on spurious grounds and is being arbitrarily detained for her work defending human rights. She should be immediately and unconditionally released.”