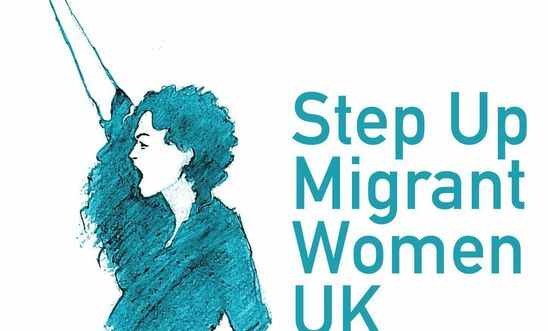 The Domestic Abuse Bill will be laid in Parliament today

'Theresa May must not let the Bill be a piece of legislation that marginalises and discriminates against migrant survivors.' – Illary Valenzuela

The Government has failed to ensure the Domestic Abuse Bill will enable migrant women to access vital protection from abuse, the Step Up Migrant Women coalition has said today (16 July), ahead of the first reading of the Bill in Parliament.

The Step Up Migrant Women coalition - a group of more than 40 frontline BME and specialist domestic abuse service providers and human rights organisations - has welcomed the Government’s commitment to review the statutory response available for migrant survivors of domestic abuse, but has warned this does not go far enough. Until the Government introduces concrete legislative change for migrant survivors, at-risk people will continue to be blocked from safely reporting violence and accessing vital services, including refuge accommodation.

"Theresa May must not let the Bill be a piece of legislation that marginalises and discriminates against migrant women survivors of abuse.  In our 'Right to be believed' research, migrant survivors were often disbelieved and denied support by statutory services such as the police or social services often violating their duty of care towards victims. Our research shows that the prioritisation of the immigration enforcement over the lives of survivors disregards the rights of women, who are risking being detained or left destitute when trying to flee violence. This Bill must adhere to the human rights obligations under the Istanbul Convention and centre the lives and needs of all survivors, regardless of immigration status."

“This is supposed to be a landmark piece of legislation that sets the bar for ensuring the protection and safety of people who experience domestic abuse. If some women are blocked from being able to access that support, the Bill will fail.

“The Government’s commitment to review the support available for migrant women is not the same as ensuring their safety. A review should have happened well in advance of the Bill being laid. We should be seeing concrete provisions for migrant survivors now.

“There’s still time to make this the trailblazing piece of legislation it should be. The Government must now develop amendments to ensure all survivors - regardless of their immigration status - are able to access safe reporting systems and public funds so they can escape abuse.”

Anjum Mouj, Chair at the London Black Women's Project - a BME specialist service that has been running for 32 years and is currently facing cuts to funding for their refuges by Newham council - said:

"If the Government is serious about protecting women and children subject to domestic abuse and violence, they would make sure our specialist services are safe. They would not let funding cuts disproportionately impact on minorities’ women's services"

“Theresa May has sacrificed migrant women’s human rights and safety at the altar of her legacy. By failing to make concrete changes to the Domestic Abuse Bill before introducing it into Parliament, May is perpetuating a discriminatory system which leaves migrant survivors behind.

“Vital protections for migrant women must be put into law – and while a commitment to ‘review’ the statutory response is a start, it doesn’t go far enough. The Government must now listen to survivors, campaigners and politicians from all parties, who have spent months scrutinising the legislation, and amend the Bill so all survivors can access vital services and public funds, and all victims of crime can report without fear – regardless of their race, ethnicity, nationality or immigration status.”

"We are concerned that the Bill is a missed opportunity, as despite the recommendations we have put forward, alongside those of the Joint Committee, the Bill still fails to offer protections for the most marginalised survivors, including BME and migrant women. This Bill encourages survivors to disclose abuse without properly funding specialist VAWG services, which has been decimated by public funding cuts. In London alone, council funding for BME refuges has been slashed by 50% since 2009, and this alarming trend is continuing. Alongside sustainable funding for our services, we urgently need the immediate cessation of data-sharing between the Home Office and other public services such as the police and GPs, to ensure that migrant women have the opportunity to report abuse and access support."

"The Domestic Abuse Bill in its current form does not address the barriers to reporting abuse faced by migrant women, nor does it ensure adequate access to protection and support for all victims irrespective of their immigration status, as required by the Istanbul Convention.

“The harsh reality is that migrant women are often left feeling trapped in abusive relationships, unable to access vital services and support, at a greater risk of homelessness and destitution and fearing that the state will treat them as an immigration offender before a victim of abuse.

“If we are really aiming for 'landmark' change in the approach to domestic abuse, the Bill must be amended to reflect recommendations from the Joint Committee."

The Step Up Migrant Women coalition is campaigning for adequate protections for migrant, refugee and BME survivors of domestic abuse, who for too long have been left behind. The coalition’s analysis of the Bill and recommendations can be found here.

On 21 January, the Government published the draft Domestic Abuse Bill. On 14 June, a Joint Parliamentary Scrutiny Committee then published a report in response to the draft, making recommendations that the Government update the Bill to protect migrant women, in line with Step Up Migrant Women’s recommendations.  On 16 July, the Bill was laid in Parliament, without adequately incorporating tangible amendments concerning migrant women.