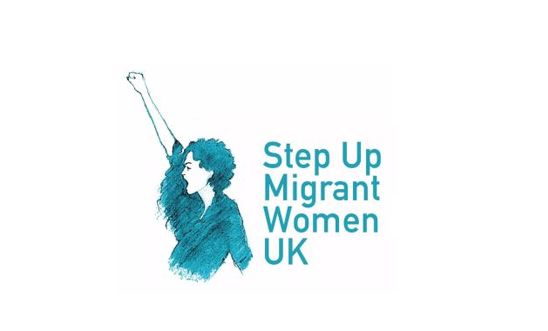 Responding to the first draft of the UK Government’s Domestic Violence and Abuse Bill which was published earlier today, the Step Up Migrant Women coalition are warning that current proposals will fail to offer migrant women the protections they need.

Step Up Migrant Women (SUMW) - a coalition of more than 30 organisations, including the Latin American Women’s Rights Service (LAWRS), Southall Black Sisters, Amnesty International UK, Sisters For Change and End Violence Against Women Coalition - welcomes the Government’s commitment to tackle domestic abuse and violence and put survivors at the heart of its plans. However, SUMW is urging the government to ensure equal protection for migrant, refugee and BAME women survivors of domestic abuse who often slip through the gaps because of their particular experiences of violence.

"The draft Bill offers little hope for migrant victims to access safety and support. This is particularly alarming, as the Bill itself recognises the ‘significant vulnerability’ of migrant victims who fear deportation as a result of coming forward.

“Every day we support women who are unable to trust that the police and the law will prioritise their lives and their safety simply because they are migrants. Deterring migrant women from reporting crimes gives impunity to perpetrators. We need a Bill that doesn't leave migrant women behind. We need safe reporting pathways, appropriate support, and a fair chance for migrant women to be able to break free from violence"

“Whilst in some ways this Bill is ambitious, many of the protections it provides will remain out of reach for some of society’s most vulnerable women.

“Migrant women in abusive relationships are currently trapped and further victimised by their immigration status - excluded from financial support which often makes them reliant on their abuser and threatened with deportation should they seek support from the police.

“In its current form, the Bill barely tinkers at the edges of what is necessary to ensure migrant women are treated fairly.

“To truly be ground-breaking, the Bill must ensure all women can access housing and welfare support and report abuse without fear of immigration enforcement. Otherwise perpetrators will continue to use the immigration status of their victims as a weapon to control and abuse their victims.”

“The Government recognises that they must do more to protect domestic abuse victims with no recourse to public funds, but proposals announced today do not address or reverse the hostile environment policies created by successive immigration bills, which create barriers to women seeking help and support and can be weaponised by abusers.

“A truly victim-centred Bill would recognise that all women who’ve experienced domestic violence should have access to protection and justice regardless of their immigration status.  This is currently not the case, because only some women can access the limited safety net offered by the government in the Destitution and Domestic Violence Concession. This shames us as a society – when we clearly put immigration enforcement over women’s and children’s lives.”

What the Bill says about migrant and BAME survivors

Under human rights law, the Government has a duty to protect every woman in the UK from violence, irrelevant of immigration status. However, whilst the Bill recognises the need to overcome barriers to reporting for women with insecure immigration status, it offers little more than current provisions aimed at addressing the problem.

Guidance is already in place for police forces to support victims, but in reality the police often share data with the Home Office and domestic violence victims are treated as suspects by immigration enforcement. The Bill introduces nothing on a statutory footing to prevent this from happening.

Instead of ensuring migrant women can access vital support services such as refuges, the Government suggests some victims of domestic abuse “may be best served by returning to their country of origin and, where it is available, to the support of their family and friends”.

The Bill must offer full protection for migrant women