COVID-19: Jailed activists remain in virus-hit prisons as attempts to silence them continue 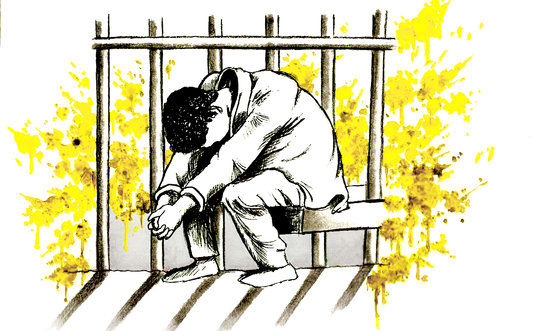 At least 131 activists have been harassed, prosecuted, killed or imprisoned on COVID-19-related pretexts

In a new briefing – Daring to Stand up for Human Rights in a Pandemic – Amnesty found that activists, journalists and critics around the world continue to face arrests as those already in prison are excluded from government measures to release prisoners in response to COVID-19 outbreaks.

The organisation has highlighted the hypocrisy of governments including Egypt, India, Iran and Turkey, who have left prisoners of conscience to languish in appalling conditions despite widely publicised prisoner release programmes.

The new briefing documents attacks on human rights defenders during the COVID-19 period in 46 countries, and shows how “fake news” laws, movement restrictions, reduced police protection and heightened intolerance to criticism have led to new crackdowns around the world, including against whistle-blowers in the health sector and those highlighting inadequate responses to the pandemic.

Amnesty has identified 131 people who speak up for human rights globally who have been harassed, prosecuted, killed or imprisoned on COVID-19-related pretexts – this figure is likely to be the tip of the iceberg.

“Human rights defenders around the world have been critical in the response to COVID-19 and should be recognised.

“Instead they have faced reduced protection and ever more draconian repression disguised as emergency responses.

“Now many languish in detention facilities for standing up for human rights while they watch others convicted of criminal offences walk free.

“The UK Government must prioritise human rights defenders - demand release for those detained and call out governments who have implemented regressive legislation under the cover of the pandemic.”

On 25 March 2020, the UN High Commissioner for Human Rights urged all states to release “every person detained without sufficient legal basis, including political prisoners, and those detained for critical, dissenting views” in response to the COVID-19 pandemic.

However, several countries excluded human rights defenders from decongestion measures in prisons and other places of detention. For example:

Amid the crisis, Iranian authorities have also continued to arbitrarily arrest and imprison human rights defenders.

In other countries where prisons are already severely overcrowded, governments have continued to arrest human rights defenders on trumped-up charges, exacerbating the problem and putting more people at risk.

In Azerbaijan for example, the government has mounted a new wave of arrests and prosecutions of dozens of political activists, journalists and human rights defenders, often in response to their criticism of the government’s handling of the pandemic. Among those arrested are opposition activist Tofig Yagublu on spurious charges of hooliganism, and human rights defender Elchin Mammad, who was arrested on theft charges days after he published a report on the human rights situation in the country.

Amnesty warned that many human rights defenders have been put at risk by lockdowns which restrict their movement, making them sitting targets for those who want to silence their voices. In Colombia and Mexico for example, police protection measures have been reduced.

In Honduras, the most serious recent incident includes the possible forced disappearance of five young men, four of whom are activists with the Black Fraternal Organisation of Honduras (OFRANEH). They were taken from their homes on 18 July by men wearing police uniforms and have not been seen since.

In Colombia, civil society organisation INDEPAZ has reported 166 killings during the first six months of 2020. Among them was Carlota Isabel Salinas Pérez, a women’s rights activist killed outside her home in March. Carlota was a community leader and had been collecting foodstuffs for families in need on the day she was killed.

“COVID-19 has been an added punishment for human rights defenders who are unjustly imprisoned, and has also been used as a pretext for further harassment, prosecution and even killings.

“The exclusion of human rights defenders from release measures underscores the political nature of their imprisonment. In Turkey for example, journalists, lawyers, activists and opposition politicians held in pre-trial detention on baseless charges remain behind bars despite government measures that have seen over 100,000 people released since April. It is plain to see that the Turkish government still fears criticism more than the pandemic.

“Instead of making space for human rights defenders to support their efforts to address the pandemic and prepare for a just recovery, states are taking counterproductive measures to silence perceived opponents.”