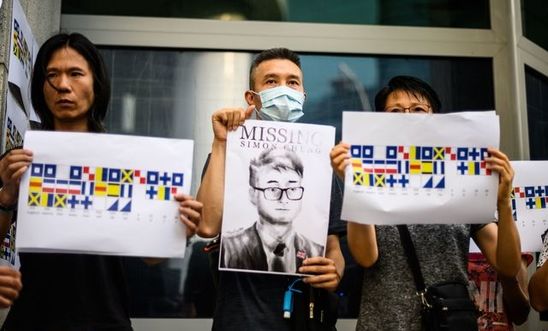 Responding to allegations by Simon Cheng, a former employee of the UK’s Hong Kong consulate who said he was tortured on a trip to mainland China and forced to confess to involvement in pro-democracy protests, Patrick Poon, Amnesty International’s China Researcher, said:

“This appears to be a callous attempt by Chinese state officials to intimidate anyone perceived to be linked to the Hong Kong protests, and chillingly illustrates the inherent dangers of the proposed extradition bill that sparked the unrest in the first place.

“The horrific abuse Simon Cheng described in his testimony, such as being shackled and placed in stress positions, is in line with the endemic torture and other ill-treatment in detention we have repeatedly documented in mainland China.

“He is yet another victim of arbitrary detention in China, where activists can be held incommunicado for long periods of time.

“China must investigate Mr Cheng’s claims and ensure any police found responsible for torture or other ill-treatment are held to account.”

Simon Cheng said he was tortured for days before being forced to falsely confess that he and the British government had played a role in the pro-democracy protests in Hong Kong.

Many of Simon Cheng’s claims are similar to those detailed in Amnesty’s No End in Sight report, in which victims, lawyers and academics spoke about the police use of torture to extract confessions.

Amnesty has documented numerous cases of torture and other ill-treatment of human rights defenders and activists in China, including the rampant practice of extracting confessions through torture by mainland Chinese police. In September, Amnesty documented how detained protesters in Hong Kong had been severely beaten in custody and suffered other ill-treatment amounting to torture.