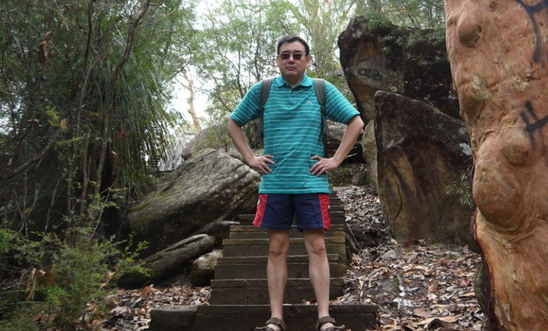 “Yang Hengjun has been detained on totally baseless allegations that he is a spy, and the Chinese authorities must ensure that his trial meets international fair trial standards.

“The charges against Yang appear to be a politically-motivated prosecution for articles he wrote that were critical of the Chinese government. This is an outrageous attack on his right to freedom of expression.

“Having reportedly endured hundreds of interrogations and been held in inhumane conditions with severely restricted access to his lawyer, Yang now faces an unfair trial behind closed doors. He remains at grave risk of torture and other ill-treatment.

“Unless China can provide concrete, credible and admissible evidence that Yang has committed an internationally-recognised offence, he must be immediately released with all charges dropped.”

Yang Hengjun, a prominent writer and occasional critic of the Chinese government, goes on trial for espionage on 27 May after more than two years in detention. If found guilty, he faces a minimum of three years in prison and a maximum sentence of death if deemed to have “endangered national security with particularly serious harm to the country and the people”.

According to media reports, Yang has said he has already endured more than 300 interrogations by 30 different people, sometimes for hours at a time in the middle of the night.

Espionage is categorised as a crime of “endangering national security” under China’s criminal law. Suspects in national security trials are regularly deprived of procedural rights normally afforded to ordinary suspects, including access to legal counsel of their choice and the right to a public hearing. Yang has denied all the espionage allegations against him.

The Australian government last week asked China to allow its officials access to Yang’s trial as “a basic standard of justice”.

Yang was initially detained by police in the southern Chinese city of Guangzhou in January 2019. He was then held under “residential surveillance at a designated location” before being taken into custody in December 2019. He was only allowed access to Australian consular officials and his lawyers eight months later, after being formally arrested on espionage charges in August 2020. “Residential surveillance in a designated location” is a measure in Chinese law that, under certain circumstances, enables criminal investigators to hold individuals for up to six months outside the formal detention system in what can amount to a form of secret incommunicado detention.