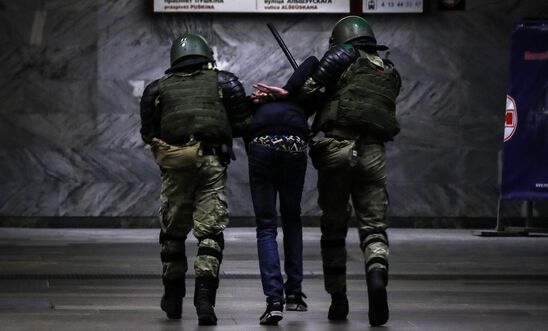 ‘If anything is threatening peace and security in Belarus, it is the authorities’ violence against their own people’ - Bruce Millar

The Prosecutor General of Belarus has launched a criminal case against opposition leaders, accusing them being a threat to national security - demonstrating how far the regime is willing to go to “cling to power”, Amnesty International said today.

“Not content with arresting thousands of protesters, torturing detainees and beating up journalists and medics, the Belarusian authorities have now accused peaceful opposition leaders of being a threat to national security.

“This demonstrates just how far the regime of Alyaksandr Lukashenka is willing to go to cling to power.

“If anything is threatening peace and security in Belarus, it is the authorities’ violence against their own people.

“This development has once again proved that there is no space in Belarus for any opinion that questions or criticises President Lukashenka’s government. It has extinguished any remaining illusions that the authorities are interested in respecting human rights and the rule of law.

“We continue to call on the Belarusian authorities to end abuses against peaceful protesters, and remind them of their obligation under international law to respect the right to freedom of expression.

“The prosecutor’s announcement is likely to appal protesters, and the people of Belarus must be able to express their views without fear of reprisals.”

Protesters have been staging pro-democracy demonstrations in Belarus following the presidential election earlier this month. In response, the Belarusian authorities have mounted a “ruthless crackdown” on protesters.

Amnesty has documented accounts of torture and other ill-treatment in detention centres - including being stripped naked, beaten, and threatened with rape – against protesters.

The human rights organisation is calling on the Belarusian authorities to end this “brutal campaign” and allow protesters to voice their opinions without fear of violent reprisals.