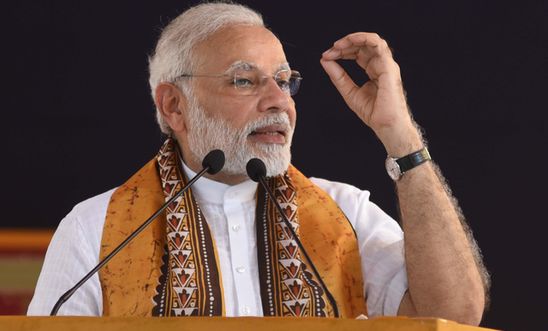 Accused under the Digital Security Act, he could be imprisoned on vague charges of ‘deteriorating law and order’

Amnesty International is calling for the immediate and unconditional release of Emdadul Haque Milon, who has been arrested and faces up to seven years in jail for a Facebook post he wrote last month.

In the post he expressed his concern about the decision to extend a state invitation to Indian Prime Minister Narendra Modi.

Accused under the Digital Security Act, Emdadul, 34, could be imprisoned on vague charges of “deteriorating law and order”.

"Emdadul Haque Milon is a prisoner of conscience who is facing indefinite detention only for sharing his opinion on Facebook. He must be released immediately and unconditionally.

“Even before the Digital Security Act was passed for implementation, we expressed our concerns at the vague and overbroad provisions of the law that can be used to persecute people in Bangladesh.

“We are seeing the dangerous effect of it now with some state agencies and people in privileged positions using the law to treat the legitimate exercise of freedom of expression as crime.”

Jailed for speaking out

On 27 February, Emadul posted on his personal Facebook account that “Inviting Modi, an oppressor of Muslims at the birth centenary of Mujib is an insult to the Bengali nation’s pride, Bangabandhu, and people of Bangladesh will not welcome that.”

Emadul was arrested on 3 March and accused of publishing “offensive” and “defamatory” content and “deteriorating law and order” respectively. He faces indefinite detention and, if convicted, could face up to seven years in jail and/or a fine of up to 500,000 takas (£4,550).

The Bangladeshi government introduced the Digital Security Act (DSA) to address crimes such as data theft, financial crimes and fraud committed online. Since its adoption, the law has been used arbitrarily to arrest, intimidate and harass people for exercising their right to freedom of expression.

Under International Human Rights Law, forms of expression considered insulting to a public figure are not sufficient to justify penalties. In particular, the UN Human Rights Committee has called on states to consider the decriminalisation of defamation altogether, and instead treat it as a matter of civil litigation.

The UN High Commissioner for Human Rights has called on Bangladesh to “urgently revise the DSA, to ensure that it is in line with international human rights law and that it provides for checks and balances against arbitrary arrest, detention, and other undue restrictions of the rights of individuals to the legitimate exercise of their freedom of expression and opinion”.

In November 2018, Amnesty published a report titled Muzzling Dissent Online, which outlined sections within the DSA which are inconsistent with international human rights law and standards, including the International Covenant on Civil and Political Rights (ICCPR), to which Bangladesh is a state party and called on the Bangladesh government to promptly amend the law.

At least 14 offences under the DSA, including one of the charges brought against Emdadul, are non-bailable. The Human Rights Committee observed that harassment including arrest, trial, detention and imprisonment for reasons of an opinion a person may hold, constitutes a violation of article 19 of ICCPR.

Nearly 400 cases were filed against different individuals in the first 11 months after the DSA came into effect in October 2018. According to media reports, more than 200 cases have been dismissed due to lack of sufficient evidence.