Americas: Health workers at 'horrendous risk' of COVID-19 as governments fail to offer protection to those on frontline 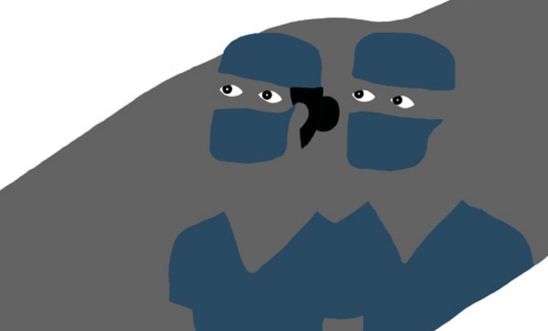 ‘It’s impossible to protect the health of one billion people… if governments insist on silencing the whistle-blowers, journalists and health workers who courageously raise their voices to denounce unsafe working conditions’ - Erika Guevara-Rosas

As government representatives meet at the World Health Organisation’s annual assembly to strategise the international response to the COVID-19 pandemic, Amnesty International has today released a report on the dire state of health workers’ rights in the Americas.

The report urges countries in the region to do more to prioritise and protect health workers’ rights during and beyond the pandemic, and calls on the United States to take swift and decisive action to guarantee continued funding to the WHO.

The cost of curing: Health workers’ rights in the Americas during COVID-19 and beyond documents how those working on the frontlines are often left exposed in unsafe conditions, with insufficient protective equipment and risk reprisals from authorities or employers if they speak out - while some have even suffered death threats and physical attacks. The report also calls on governments to ensure safe working conditions for cleaners and other support staff who are at risk due to their work in healthcare facilities and nursing homes.

“In these difficult times we owe a great debt of gratitude to the hospital and nursing home cleaners, doctors, nurses, nursing assistants, hospital janitors and epidemiologists for their tireless work to keep us safe. But saying thank you is not enough. Governments must take action to ensure their basic rights and safety are never put at such horrendous risk again.

“The Americas is home to about half the people in the world who have tested positive for COVID-19, with more than 2 million confirmed cases. As Latin America suffers its deadliest weeks yet, it is vital that all countries come together to ensure health financing is not undermined at this crucial time. This pandemic has no borders and the United States must support a global solution by joining other countries in funding the World Health Organisation to ensure its technical and expert capacity is deployed where most needed.

“It’s impossible to protect the health of over one billion people living in the Americas if governments insist on silencing the whistleblowers, journalists and health workers who courageously raise their voices to denounce unsafe working conditions and rightly demand an adequate and accountable response to the pandemic.”

Out of 21 interviews conducted by Amnesty with health workers in the US, Mexico, Honduras, Nicaragua, Guatemala, Dominican Republic, Colombia and Paraguay, only two said they felt they had adequate or almost adequate Personal Protective Equipment (PPE). They also raised concerns regarding sick leave, rest breaks and inadequate mental health support at work.

WHO guidelines on rationing PPE outline that cleaners and housekeepers should have access to more than many other hospital staff members, including doctors and nurses who may not have direct contact with COVID-19 patients. Yet Amnesty found that cleaners were often poorly paid with precarious social security benefits and some worked for companies who did not ensure they have adequate PPE. One doctor in Honduras said he saw cleaners in his hospital using their bare hands to clean areas that had been exposed to patients with COVID-19.

A 70-year-old cleaner who earned just over $5USD a day working for a private company at a state hospital in Mexico City explained that when he asked if he could stop cleaning areas that house dozens of COVID-19 patients because he did not have any PPE and was at particular risk because of his age, his employer agreed but docked his pay by 16%.

Speak out and be punished

Multiple health workers expressed their fear of reprisals for denouncing unsafe working conditions, and some of those that Amnesty spoke with had been fired from their jobs for speaking up as whistleblowers or had faced disciplinary proceedings at work.

Tainika Somerville, a nursing assistant at a nursing home in Chicago, was fired after she filmed a Facebook live stream denouncing lack of PPE at her workplace.

Workers in Nicaragua are at heightened risk because the government has repeatedly understated the scale of the COVID-19 pandemic in the country. The Civilian Observatory on COVID-19 in Nicaragua told Amnesty that health workers have not only been fired for using PPE at work, but at times have had PPE violently stripped from them. Although Nicaragua’s vice-president announced in April that PPE would be used and social distancing would begin, the government continues to downplay the pandemic, despite an increase in cases.

Censorship in a state of emergency

Restrictions of freedom of expression have also impacted the right to health and people’s access to health-related information. In Venezuela, where authorities have jailed journalists for publishing information about the pandemic, official data at the time of writing reports just 541 people infected with COVID-19 and only 10 deaths.

Health workers have also suffered stigmatisation, physical attacks, death threats and denial of use of public transport in countries such as Colombia and Mexico, and even public stoning in Bolivia. While some governments have responded to such attacks with prompt statements and awareness-raising actions to publicly support the role of health workers, other leaders have taken actions to undermine them.

In mid-April, El Salvador’s president, Nayib Bukele, vetoed two decrees that would have strengthened the safety of health workers at work, just days after he accused human rights organisations of working “to make sure more people die.”